War and Peace, Anna Karenina, The Death of Ivan Ilyich — many of us have felt the influence, to the good or the ill of our own reading and writing, of Leo Tolstoy. But whose influence did Leo Tolstoy feel the most? As luck would have it, we can give you chapter and verse on this, since the novelist drew up just such a list in 1891, which would have put him at age 63. 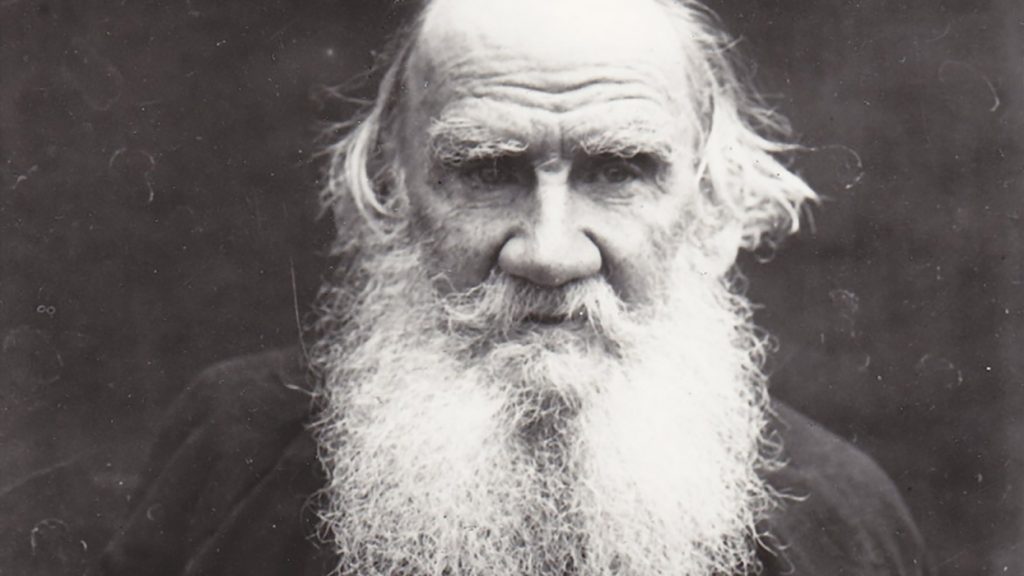 A Russian publisher had asked 2,000 professors, scholars, artists, and men of letters, public figures, and other luminaries to name the books important to them, and Tolstoy responded with this list divided into five ages of man, with their actual degree of influence (“enormous,” “v. great,” or merely “great”) noted.

It comes as something of a rarity, up to now only available transcribed in a post at Northampton, Massachusetts’ Valley Advocate:

WORKS WHICH MADE AN IMPRESSION

Childhood to the age of 14 or so

The story of Joseph from the Bible – Enormous

Tales from The Thousand and One Nights: the 40 Thieves, Prince Qam-al-Zaman – Great

Lermontov’s A Hero for our Time, Taman – V. great

The Odyssey and The Iliad (read in Russian) – Great

The Odyssey and The Iliad (in Greek) – V. great

All the Gospels in Greek – Enormous

Feuerbach (I forget the title; work on Christianity) [“The Essence of Christianity”] – Great

On the Buddha. Well-known Frenchman (I forget) [“Lalita Vistara”] – Enormous

The writer at the Valley Advocate, a Tolstoy aficionado, came across the list by sheer happenstance. “On my way to work, I found something just for me in a box of cast-off books on a sidewalk,” they write: a biography of Tolstoy with “something cooler inside”: a “yellowed and fragile New York Times Book Review clipping” from 1978 containing the full list as Tolstoy wrote it. “Gold,” in other words, “for this wannabe Tolstoy scholar.” If you, too count yourself among the ranks of wannabe Tolstoy scholars — or indeed credentialed Tolstoy scholars — you’ll no doubt find more than a few intriguing selections here. And if you simply admire Tolstoy, well, get to reading: learn not how to make the same things your idols made, I often say, but to think how they thought. Not that any of us have time to write War and Peace these days anyway, though with luck, we do still have time to read it — along with The Thousand and One Nights, David Copperfield, The Odyssey, and so on. Many of these works you can find in our collection, 800 Free eBooks for iPad, Kindle & Other Devices.