What was the deadly India-China border clash really about?

Tariq Mir
: On the evening of June 15, hundreds of Indian and Chinese troops laid aside their arms and took on each other in a brawl on the ridge of a mountain in Ladakh, a desolate high-altitude plateau in the northeast Kashmir. The clashes, in which clubs and stones were used, left a bloody trail of dead and wounded soldiers on a frontier that had not seen such violence in the last 45 years. And as India buried 20 slain soldiers from the fight, it began to contend with the high political cost of its ill-thought-out actions in the Himalayan region. 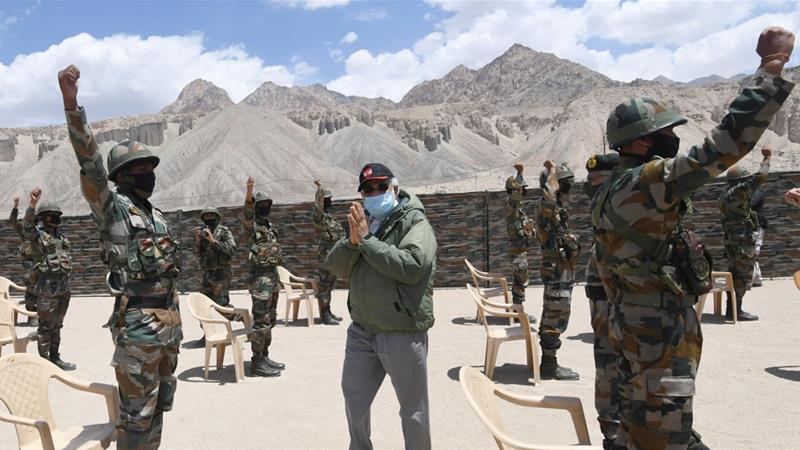 India’s unilateral action to revoke the special status of the disputed territory of Kashmir in August 2019 was intended, in the grand strategy of its Hindu-nationalist Prime Minister Narendra Modi, to usher in “peace and development” in the restive state.

What has resulted from it instead is a never-before-seen military confrontation between three nuclear powers – China, India and Pakistan – and the terrifying prospect of a whole region descending into the hellish vortex of war, mass suffering and widespread economic chaos.

For nearly 70 years, a tacit understanding of sorts had kept the three countries, all of which hold portions of the land of Kashmir, from doing anything drastic to bring about a change to its fragile status quo.

But India upended the agreement by annulling the autonomy and cutting the state into two halves, and as a result, the region, described once by former US President Bill Clinton as “the most dangerous place in the world”, descended into a free-for-all.

In early May, a large contingent of Chinese troops crossed an ill-defined border that separates the two countries in Ladakh and hunkered down in trenches and camps, with a large range of artillery guns and heavy equipment flanking the troop encampment. The Chinese intrusion provided a peek into the contours of a new strategic competition unfolding on the roof of the world. In the last decade or so, India has been bolstering its defence facilities across a wide swath of the forbidding glacial landscape with the construction of roads, bridges, tunnels and a large airbase.

After the annexation last year, the Indian political leadership has been making open threats to capture Gilgit-Baltistan, the northern area of Kashmir that went with Pakistan in 1947. What seemed to have forced China’s hand was the fear that its $60bn investment in the China-Pakistan Economic Corridor, a part of China’s Belt and Road Initiative that wound through Gilgit-Baltistan, could become a victim of any major Indian military thrust into the region. The Chinese move was to forestall any such Indian assault.

The face-off between Chinese and Indian troops in Ladakh might eventually turn out to be only a sideshow to what could become a much bigger military confrontation this year between India and Pakistan along their long border in Kashmir. If Modi were to suffer a debacle in Ladakh, which, whatever way you look at it, is a possibility, for the Chinese do not seem to be in a mood to retreat and the Indian army cannot push out a much superior military force, he would then mobilise the public opinion against Pakistan to boost his own falling ratings.

In February 2019, during his re-election bid for the office of prime minister, Modi ordered Indian warplanes to strike targets inside Pakistan. It was a high-risk retaliation for the suicide bombing of an Indian paramilitary force bus by a young Kashmiri rebel fighter that left at least 40 of the servicemen dead in Pulwama, Kashmir. Although the aerial attack did not achieve anything substantial, and India went on to suffer embarrassment shortly after, when Pakistan carried out a tit-for-tat attack in Kashmir and shot down an Indian fighter plane too, Modi still projected himself as the strongman who could forcefully deal with Pakistan.

Modi’s approach to Kashmir is no different, and his strong-arm tactics have fanned an air of desperation in Kashmir. The fear of loss of the homeland and how they could be turned into a minority pervades every Kashmiri home. The new domicile law brought in by the Indian government after removing its special status last year now qualifies thousands of Indians, who have lived in Kashmir for 15 years or studied there for seven, to buy property and settle down in Kashmir.

The effect of the fear of dispossession, though, has galvanised Kashmiris at home and outside to rally together and mount a sustained campaign to bring the attention of the world to the unfolding calamity they are facing. Annexing a contested land might be a new mantra in international relations, but a strong native resistance could be the only means of defence against such onslaught.

NB: The views expressed in this article are the author’s own and do not necessarily reflect.