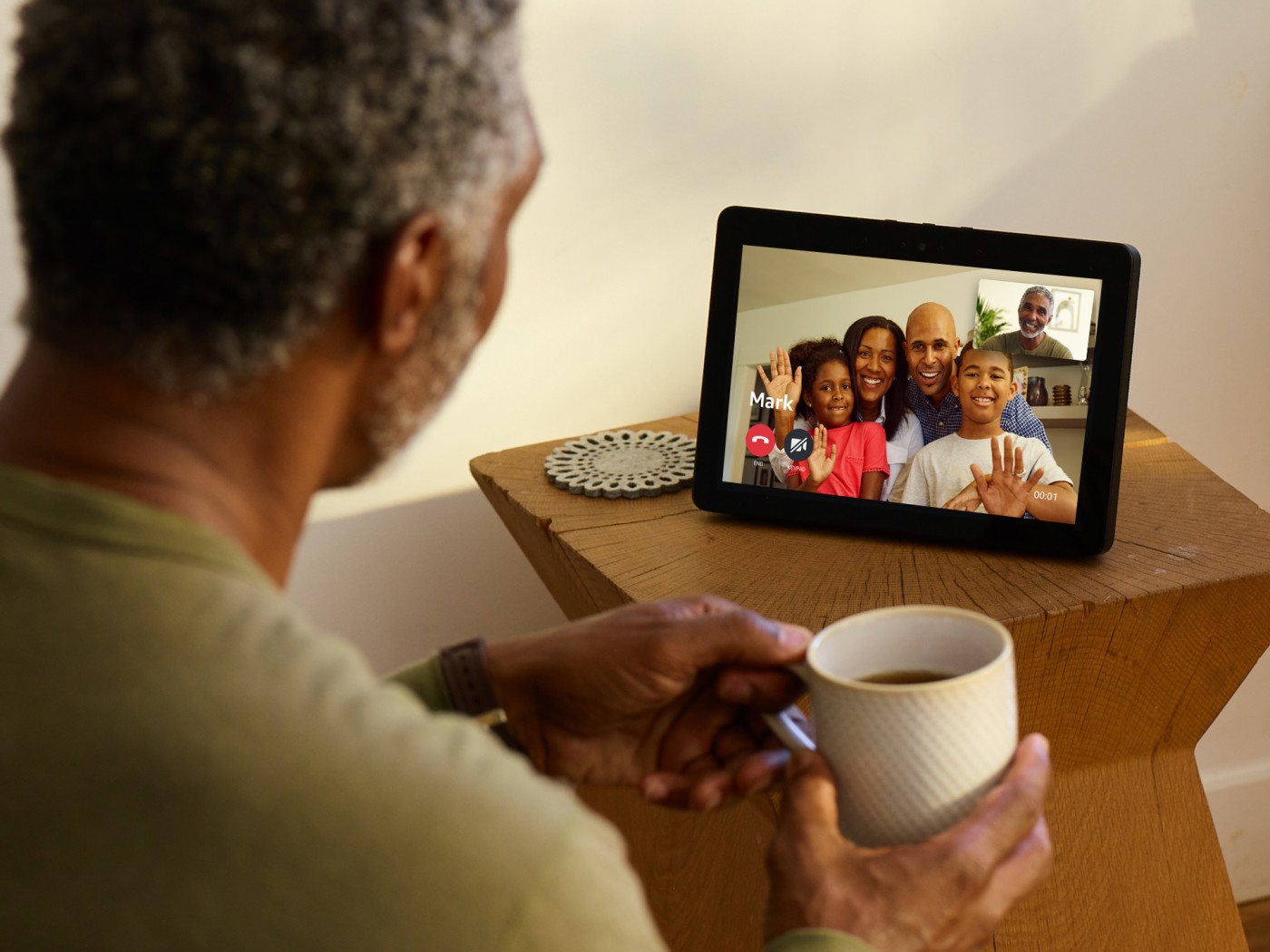 Amazon Prime Day 2020 doesn’t yet have an officially rescheduled time, but it’s bound to be an amazing time to shop if you’re building a smart home. There will surely be a ton of excellent smart home product deals going on.

Whether you’re looking for a smart security camera or some great smart light bulbs, you’ll save a ton of cash if you buy during Prime Day. That’s why we’ve put together this guide to the best smart home deals we expect will return for Amazon Prime Day 2020 as well as how much they cost right now. Some products are cheaper now than they were even for Prime Day last year, while others will be worth waiting for another Prime Day deal on. Simply want a comprehensive home security system and don’t want to have to piece it all together? This home security system from SimpliSafe is an excellent option. It comes with 10 devices, including a hub, touch pad, door and window sensors, video doorbell, and motion sensors, making it great for those who want to secure their small to medium-sized home. It’s $114 off right now, which is a great deal, but we saw it go even lower during last year’s Prime Day, so it’s not crazy to expect an even better deal on Prime Day 2020. The Roomba has become somewhat of a household name for robotic vacuums. The iRobot Roomba 891 boasts the ability to work on carpet or hard floors, plus you can control it in the iRobot Home app or via voice commands with Amazon’s Alexa or the Google Assistant. It’s still $70 off list price at the time of writing, but you could stand to save even more if you’re willing to wait for Prime Day 2020. Smart plugs are great, but if you want one that looks a little better it’s worth considering an in-wall plug. The Kasa smart in-wall plug has to be wired in place of an existing outlet, after which you’ll be able to control it from your home and use it in conjunction with Amazon’s Alexa and the Google Assistant. It’s a whopping $25 off at the time of writing — less now than last year’s Prime Day — so you don’t necessarily have to wait to get such a good deal on this one. The Kasa Smart Wi-Fi switch allows you to control the light switch from your phone, plus you can control the lights with Alexa or the Google Assistant. It’s the same price now as it was during Prime Day 2019 at the time of writing, but the discounts could get even deeper for Prime Day 2020. Smart bulbs are a great alternative option if you have lamps that aren’t connected to a the wired light switch system in your home, and if you’d rather not use a smart plug. Sengled has some nice options, like the Sengled smart LED white smart bulbs. In this pack, you’ll get four of the bulbs, which is perfect for those who want to deck out their home a little. You can control the lights using your phone or your voice, as the bulbs work with Alexa and the Google Assistant. You can apply a $10 coupon to these by checking the little coupon box right on the product page, and the discount will show up at checkout, but we saw these go lower on Prime Day 2019, so expect a better deal during Prime Day 2020. Light bulbs with color options can add some really nice ambient lighting to your rooms. Like the white bulbs, this pack comes with four color bulbs, and you’ll be able to control the lights from your phone or using your voice. Here’s yet another situation where you could save on Prime Day 2020. If you’re looking to improve the security of your home, starting with a good video doorbell is among the best things you can do. Speaking from my own experience, the ability to quickly see and hear outside your front door when you’re away or upstairs in bed is almost priceless. The Ring Video Doorbell is in its 3rd generation. It allows you to see who’s at your door and chat with them straight from your smartphone. Ring works via a smartphone app, integrates with Alexa smart screen devices, and is super easy to use, which is always nice. It’s $50 off for limited time right now, so the current deal isn’t going to last very long. It’s truly hard to say if this will go any lower during Prime Day 2020, but $50 off a brand new and popular product is already pretty great. A great security system includes cameras around the home, and this kit from Arlo will get you just that. The system comes with three security cameras, plus a hub to tie the system together. The cameras have night vision and they can work both indoors or outdoors.  You could always wait until Prime Day 2020, but its current price is close to what it was on Prime Day 2019, so it’s a great time to pick this up now if you need it sooner rather than later. Perhaps you only really need one camera — in that case, there’s the Kasa Cam. The Kasa Cam indoor camera works with both Alexa and Google Assistant. It’s relatively well-designed and subtle, too, so if someone does break into your home they’ll have less of a chance of spotting it. There’s a 30% coupon on Amazon on top of the $49.99 deal, so the price right now is likely to be as good as it’s going to get for this great little home monitoring camera. If you want an outdoor camera, then you might like the Kasa Cam Outdoor. The camera features a weather-proof design, plus it also works with Amazon’s Alexa and the Google Assistant. The camera has a built-in siren and 2-days free cloud storage, so it’s a pretty versatile device. Considering its current deal on top of the 30% coupon on Amazon at the time of writing, there isn’t much of a reason to wait for Prime Day 2020 for this one. A great smart lock allows you to easily lock and unlock your door straight from your smartphone. The August Smart Lock Pro is well-designed and fits over your existing deadbolt, so you don’t need to completely do away with your keys if you don’t want to. Once installed, you’ll be able to lock and unlock the device through the August app, but only when you’re in Bluetooth range — for other options, you’ll have to get the Smart Lock Pro + Connect below. The deals on this aren’t super steep, and if you can wait, you might get a slightly better deal on Prime Day 2020. The August Smart Lock Pro is great by itself, but if you really want to unlock the power of a smart lock, then it’s worth considering getting the lock with the August Connect. That way, you can connect the device to Wi-Fi and control it from anywhere in the world. You’ll also be able to integrate the lock with Amazon Alexa, Google Assistant, and Apple HomeKit, which makes it infinitely more versatile. With the Connect, we think it’s well worth the price — but we’ve seen it for lower before, and especially so on Prime Day. Perhaps you’re perfectly happy replacing your entire lock, including the deadbolt — in which case the Yale Assure Lock SL is an excellent option. This lock offers a PIN code touch pad that you can use to lock and unlock your door, plus it works with smart home ecosystems like Samsung SmartThings, Wink, and more. This one may be worth waiting for to save an additional $50 or so. The Amazon Echo Show is a great way to get a little more information from your digital assistant. With the 10-inch screen on the Show, you’ll see information like the weather, web results, videos, and more — and you can control it all with your voice, making for an easy user experience. Perhaps you want to get started on building your smart home, in which case we recommend checking out this deal on the Echo Show with a Kasa indoor security camera. The security camera can be set up with Alexa and monitored through the Echo Show. The camera will alert you if there’s activity where you’ve set it up, and you can see what’s happening on the Show’s screen. It’s even cheaper now at the time of writing than it was on Prime Day last year. Amazon has been building some great security cameras with its brand called Blink. This deal will get you the Echo Show 5 with the Blink XT. With this bundle, you’ll be able to monitor footage from the camera on your Echo Show. If the Echo Show 5 was just $50 last year, we imagine this bundle could be even cheaper this time around. Looking for an awesome smart speaker that has Amazon’s super intelligent Alexa digital assistant? The Amazon Echo is an excellent buy. The device offers good sound quality, plus it can be used to interact with your smart home, search the web, and more. There’s a limited time $30-off deal now on the newest 3rd-gen Echo, but we’ve see even lower prices for Echo speakers on Prime Day before. If you want the intelligence of Amazon’s Alexa but don’t need a large speaker, then we recommend the 3rd-generation Amazon Echo Dot, which offers a nice design, and is cheap enough that you can get one for every room in your house. The device was available for only $22, but the $29.99 it’s going for at the time of writing isn’t bad either. The Amazon Echo is great, but some might want a little more volume, in which case we recommend trying out the Amazon Echo Plus. The device offers a bigger and better speaker than the standard Echo, plus it has the smart home standard Zigbee built into it, so you can connect lots of smart home devices without buying extra hubs. Now could be as good as time as any to pick this one up.