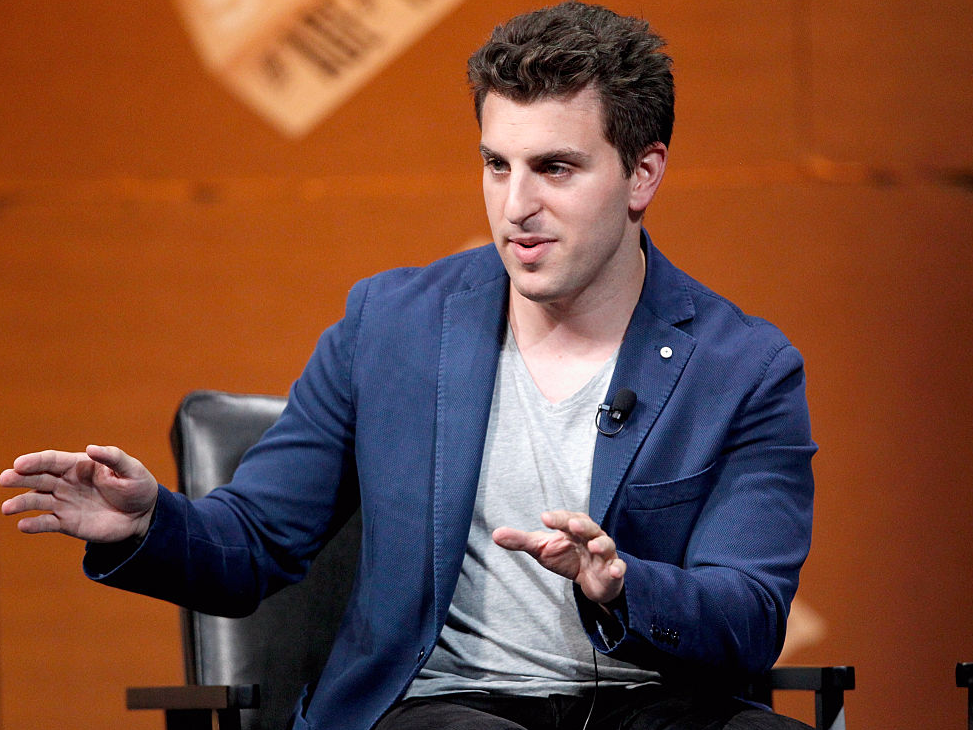 On Tuesday, Airbnb CEO Brian Chesky announced to employees that the company is laying off 1,900 employees. That’s about 25% of its staff.

In the last few months, Business Insider’s Troy Wolverton reported, the company has laid off most of its contractors, postponed its summer internships, and slowed its hiring process.

Layoffs are not a great experience for anyone, and especially not for the people losing their jobs. But Chesky’s memo to employees is a prime example of how to do layoffs right, in a way that’s respectful, compassionate, and pragmatic.

It’s rare to find such an example these days.

As Business Insider previously reported, startups including the scooter-maker Bird, the employment marketplace ZipRecruiter, and the women’s coworking space The Wing have recently conducted layoffs via massive Zoom calls. Some employees at these companies said they were caught off guard and confused about what was happening.

Chesky, perhaps taking a hint from widespread indignation at the idea of layoffs via videoconference, did things differently. His memo to employees followed, almost to a tee, the advice that HR experts have previously shared with Business Insider around conducting layoffs. You can read the full text of the memo here.

It outlined the decision process for cutting positions

In the memo, Chesky was transparent about Airbnb’s financial decline. “Airbnb’s business has been hit hard,” he wrote, “with revenue this year forecasted to be less than half of what we earned in 2019.” (The company’s 2019 revenue was $4.8 billion, Wolverton reported.)

To help alleviate some of the financial burden, Chesky said Airbnb is “reducing the size of our workforce around a more focused business strategy,” specifically the business of helping people rent out their homes and find homes to rent. The company is “pausing” its investments in areas like transportation and hotels, Chesky added.

That means staff who worked in those areas will likely be let go. Chesky listed as one of his “guiding principles” in conducting the layoffs the desire to “map all reductions to our future business strategy and the capabilities we will need.”

Elaine Varelas, managing partner at career-management firm Keystone Partners, previously told me that executives doing layoffs should let the business’ strategic direction and financial situation guide them. “The positions are what’s eliminated,” she said, and not the people.

Chesky went one step further, outlining how management reviewed each employee’s skill set and considered “how well those skills matched our future business needs.” Some employees whose teams were not eliminated will be asked to assume new roles, Chesky wrote.

Again, Chesky made it clear that these layoffs are about positions and skills, which are more easily quantifiable and justifiable than how much the CEO likes someone.

As Buffer CEO Joel Gascoigne (who conducted layoffs a few years ago) previously told me, it’s important to identify how and why positions will be eliminated. Otherwise, executives are vulnerable to subjectivity seeping in — and to employees accusing them of making biased decisions.

To that end, Chesky also listed as one of his guiding principles the desire to “be unwavering in our commitment to diversity.”

Chesky noted in the memo that management opted to “wait to communicate any decisions until all details are landed” because “transparency of only partial information can make matters worse.”

This decision to keep news of the impending layoffs private was wise. Varelas told me that a common mistake she sees is not keeping information about layoffs confidential until you’re ready to make the announcement. That can lead to rumors — and terror — spreading throughout the staff.

In contrast to the startup execs that conducted layoffs via a mass Zoom call, Chesky wrote in the memo that the employees who were getting laid off would have one-on-one meetings with a senior leader in their department.

Yair Riemer, president of career transition services at CareerArc, previously told me that a one-and-done videoconference isn’t the right way to announce layoffs, as efficient as it may seem. Similarly, Varelas said leaders should have one-on-one meetings with everyone who’s let go, giving those employees time to process the news and ask questions.

It addressed the employees who will be staying on, too

Chesky dedicated a few lines of the memo to the Airbnb employees whose positions were not cut: “One of the most important ways we can honor those who are leaving is for them to know that their contributions mattered, and that they will always be part of Airbnb’s story.”

He also wrote that some employees would receive emails about their new roles at the organization, in line with the restructuring, as well as invitations to discuss their new role with a manager.

It treated departing employees with respect and compassion

The most important piece of Chesky’s memo is that it acknowledged what a disruptive life event layoffs can be. Employees may not know where their next paycheck is coming from, or whether they can afford their next visit to a doctor. In the current economic environment, they may not be certain they can find another job.

Varelas previously told me that respect for employees is key. No one should be “treated suddenly like they’re a criminal,” she said, or even like someone who hasn’t worked hard to help the company grow.

Chesky outlined what will happen to employees’ benefits after they leave. Specifically, employees in the US will receive at least 14 weeks of severance pay, with additional severance pay available depending on employees’ tenure at the company. Employees in the US will also receive 12 months of health insurance coverage beyond their departure date. (In all other countries, health insurance extends until the end of 2020.)

Most notably, Chesky wrote that Airbnb has dropped the one-year cliff on equity for everyone the company has hired in the past year. That means they don’t have to wait one year, as they typically would, for their stock options to vest. All employees have the chance to become shareholders in the company on May 25, Chesky wrote.

It outlined the support employees would receive around career development

Departing employees will receive relatively substantial support as they look for a new job, according to Chesky’s memo.

That support includes an alumni placement team, made up of some Airbnb recruiters who help find departing employees their next role at another company. Those employees also have access to a company that specializes in career transition and job placement services. And they’re allowed to keep their company laptop, which Chesky said is an important tool in finding a new job.

These provisions for employees are important not solely because they’re the right thing to do, ethically speaking. The business case for taking care of employees after layoffs is that they’re more inclined to stay loyal to the company.

“This is the moment where brands are built or brands are dented,” Riemer said. If the company mishandles layoffs, Riemer added, “it absolutely will impact recruitment and talent because the world is small.”

When former employees, say, write reviews on Glassdoor, they won’t say terrible things that will dissuade prospective hires from applying if they were shown compassion. And should Airbnb ever want to hire these folks back, they’ll remember how respectfully they were treated at this time. It will make a big difference.

SEE ALSO: The startup founder’s guide to letting people go efficiently and compassionately, if you have no other choice in a time of crisis