The ICICI Bank board, in its meeting on Monday, appointed ICICI Prudential Life Insurance CEO Sandeep Bakhshi as whole-time director and chief operating officer (COO), creating a new top position at India’s second largest private bank, to steer all its businesses. Chanda Kochhar, ICICI Bank’s managing director and CEO, who is facing conflict-of-interest allegations, will remain on leave until a committee investigating allegations of impropriety completes its work, the bank said in a statement. 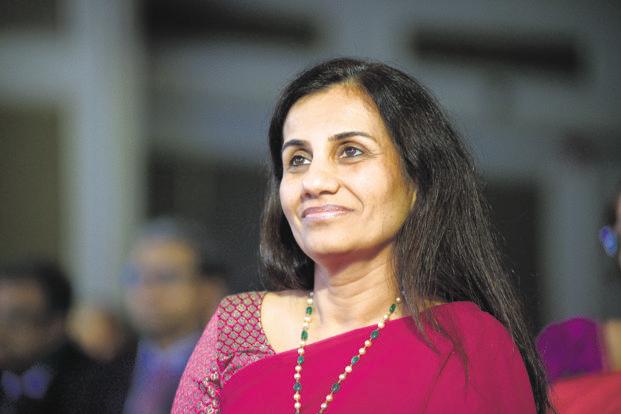 Bakhshi has been appointed for a period of five years. He will take charge as COO on Tuesday and report to the CEO; however, while Kochhar is on leave, he will report to the bank’s board, the ICICI Bank statement said.

Mint had on 1 June reported that ICICI Bank CEO Chanda Kochhar has been asked to be on leave till probe into the Videocon loan case is over. ICICI Bank, however, had then said the board has not asked Kochhar to go on leave. “She is on her annual leave which was planned in advance,” the bank said in an exchange filing.

The decision to name Bakhshi as COO comes after the board decided to set up a panel under justice B.N. Srikrishna to investigate allegations of conflict of interest and quid pro quo against Kochhar in the Videocon loan case. Separately, markets regulator Securities and Exchange Board of India (Sebi) is investigating whether ICICI Bank and Kochhar failed to make adequate disclosures to the bank’s board about her husband Deepak Kochhar’s partnership in a firm, NuPower Renewables, when the bank sanctioned loans to companies controlled by Venugopal Dhoot, the owner of Videocon group. Dhoot was also a founding partner of NuPower.

The Central Bureau of Investigation (CBI) is also separately conducting a preliminary enquiry into the alleged nexus between Videocon and Kochhar’s husband.

When the charges first surfaced, the ICICI Bank board in April dismissed all allegations, only to make a U-turn and set up an independent probe a month later. The latest move will test the resolve of the company’s shareholders and does not put the board in a good light, said one proxy advisory firm.

“According to the press release, Chanda Kochhar has decided to go on leave rather than board asking her to go on leave. This shows that the board is a weak board and could not take an independent decision. There was a chance before the board to redeem itself but sadly, it appears that the board is singing to the tune of CEO Kochhar,” said Shriram Subramanian, founder and managing director of proxy firm InGovern Research. “Of course, the board has given a graceful exit to Kochhar since the probe is not a time-bound investigation and the CEO’s term ends in March next year,” said Subramanian.

Since the allegations surfaced in late March, ICICI Bank’s shares have underperformed the Sensex. On Monday, shares of ICICI Bank gained 3.61% after The Economic Times reported that ICICI was planning to name Bakhshi as COO.

In the past three months, the ICICI Bank board has added two independent directors and a new government nominee, but is yet to name a new chairman. Current chairman M.K. Sharma will retire at the end of the month.

The biggest challenge facing Bakhshi will be to allay the concerns of investors, shareholders and regulators around corporate governance. Investors believe that he will also be responsible for resolving the bad loan problem, which has been plaguing the bank for the last three fiscal years.

“The appointment of Mr. Sandeep Bakhshi as chief operating officer is the most practical middle ground that the board could have adopted. Mr. Bakhshi’s immediate priorities would be to get the executive leadership team to rally around; rebuild currency with stakeholders including the regulator, investors and shareholders; and install the support system that the probe committee needs in order to conduct its investigation in a fair and transparent manner,” said A.S.V. Krishnan, a banking analyst with SBICap Securities.

Bakhshi returns to ICICI Bank after serving as managing director and CEO of ICICI Prudential for eight years. He will be the senior-most official at ICICI Bank after Kochhar. He has headed both retail and corporate businesses across the ICICI group. Before moving to the bank, he had served as MD & CEO of ICICI Lombard General Insurance.

How to Plan your Finances for the Much-Awaited Vacation?