Ravichandran Ashwin bowled with a lot of guile during India’s Tests in Australia. For a spinner who had struggled away from home, Ashwin has shown great signs since the tour of England, giving the ball more air and attacking the batsmen. There was a huge gulf between his home and away record, but those recent Test overseas have given hope that it would reduce in time to come. However, at the other end, it has been a different story with India unable to find a stable spinner. 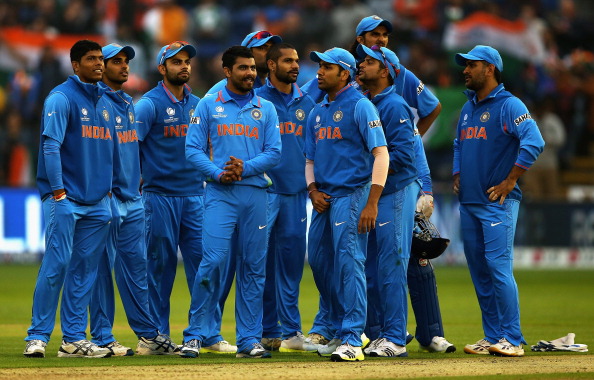 In the initial Tests India played overseas in 2014, Ravindra Jadeja was preferred over Ashwin. Jadeja was not only considered for his left-arm spin, but also his combative batting lower down the order and his brilliant fielding. However, apart from the fifty in the second innings at Lord’s, he hasn’t done anything of note. With the ball, he did not look very threatening for the longer format, which made India turn to Ashwin, who has produced the results. At the same time, Pragyan Ojha, the man who took a 10-wicket haul in his last Test appearance, fell by the wayside and was dogged by problems over a suspect action.

With Ojha out of favour and Jadeja failing to live up to the promise, India turned to Karn Sharma. The leg-spinner has impressed in T20 cricket, but he is hardly a Test bowler. Although he has an eight-wicket haul in First-Class cricket, his record overall record fails to impress. In 38 matches, he only has 73 wickets, which shows that he isn’t exactly a strike bowler. And, despite a disappointing debut against Australia in Adelaide, where he was taken for plenty, he has been retained for the Test squad to tour Bangladesh.

To top it all, Harbhajan Singh has been included in the Test side. The off-spinner has done well in the Indian Premier League (IPL), but that is hardly a yardstick to pick a Test side. Yes, he has the experience and a bagful of Test wickets behind him. However, it is form that has to be considered for a particular format. During the last First-Class season, Harbhajan only took six wickets in three appearances. He may be bowling well on limited-overs, but that may not necessarily prove affective in the longest format of the game.

So, where are India’s spinners? In Ashwin and Ojha, India had a good and stable pair, with Jadeja as a back-up. Jadeja’s non-performance and Ojha’s issues with his bowling action have left India in a soup over a partner for Ashwin. When you look at the last First-Class season, only one spinner made it through to the top 10 wicket-takers. Shreyas Gopal, the leggie from Karnataka, scalped 40 wickets in 13 matches. The youngster could be a prospect for the future, but he needs time to develop. But, the fact that only one spinner made it to the top 10 is a worrying stat. Perhaps, the overemphasis on green tops in domestic cricket has led to this as the pacers get most of the assistance and take plenty of wickets, leaving the tweakers with almost nothing.