Days after resigning from Congress, veteran politician Ghulam Nabi Azad on Monday said that he has been “forced to leave” his home. In his resignation letter addressed to Sonia Gandhi, Azad had accused Rahul Gandhi of “demolishing” the “entire consultative mechanism” in the party, sidelining all “senior and experienced” leaders, and letting a “new coterie” of “inexperienced sycophants” run the party.

ANI
@ANI
·
| Ghulam Nabi Azad takes jibe at Rahul Gandhi’s hug to PM Modi in Parliament, says “It’s not me who is entangled with Modi, it’s him.” 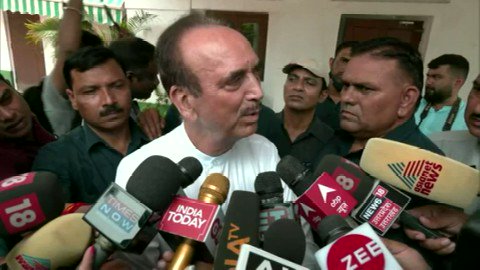 Azad is the fourth leader of the G-23 to leave the party after Kapil Sibal, Jitin Prasada and Yoganand Shastri.

Before Azad, only a few leaders had attacked Rahul in such a blistering fashion after they left. The first perhaps was Himanta Biswa Sarma, who joined the BJP after quitting Congress.