Buy now, pay later startup Affirm is seeing a surge in demand. Here's why CEO Max Levchin is eyeing expansion as other fintechs are in survival mode. 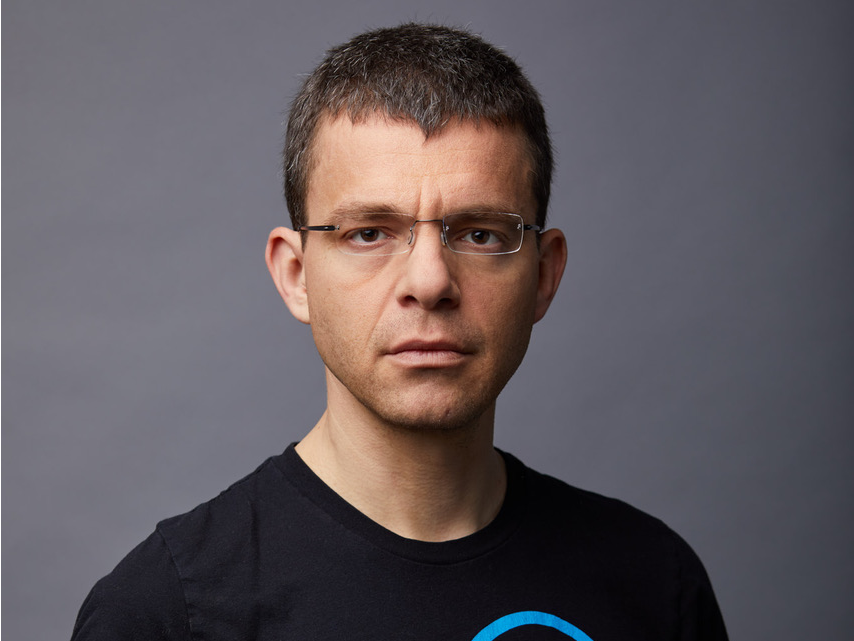 Buy now, pay later startups like Affirm have seen a surge in interest from merchants and shoppers alike.

Often marketed as an alternative to credit cards, a cohort of startups has been offering consumers the ability to split purchases into installments. Affirm, founded in 2012 by PayPal cofounder Max Levchin, partners with merchants big and small — from the international brands like Adidas to niche retailers like Brooklinen and Peloton.

“We see demand increase across the board, which suggests that basically everyone in the US is now very attentive to their personal cashflow,” Levchin told Business Insider.

Across all industries, employers are turning to layoffs and furloughs to cut costs, and a record number of Americans filing for unemployment. Financing options like Affirm’s buy now, pay later product can help consumers spread payments over time.

And while many fintechs are slowing marketing spend in anticipation of rough market conditions and a funding drought, Levchin sees an opportunity to grow. While some industries like travel are down, Affirm has seen consumer spending spikes in areas like home office equipment and kitchen supplies.

While many startups are hunkering down, Affirm is ready to expand

Levchin, confident in Affirm’s past and future ability to manage risk, says he’s eyeing expansion opportunities while other tech CEOs are battening down the hatches.

“That’s not at all the case with us. We’re seeing excellent demand in a lot of verticals,” said Levchin.

Affirm has seen a 70% increase in kitchen supply sales in mid-March and early April, when compared to pre-social distancing restrictions. Home office sales on products like standing desks and ergonomic chairs are up 200%, and home fitness brands including Peloton and Mirror have seen a 163% increase in sales using Affirm.

Affirm is even having conversations with airlines, its CMO told Business Insider earlier this month, who are planning for a post-COVID world.

‘We feel good and probably on the margin, eyeing expansion opportunities as opposed to trying to hunker down and just survive by any means necessary,” he said.

In March this year, there were 143 fintech deals, nearly half of the 273 done in March of 2019, according to CB Insights. And while established startups like Stripe are still raising money, investors have advised that fintechs across the board keep an eye on their runways and expect a tightening in funding.

“I think this is probably the single worst time in history, or in my time in the Valley, to raise money or to find new investors,” said Levchin.

And for smaller companies that can’t raise funding to keep growing, acquisitions may be on the horizon.

“Many companies in the startup sense will find themselves acquisition bates and probably will get acquired and may like the outcome,” Levchin said.

The coming months will be a test in risk management

Affirm doesn’t charge fees, whereas most loans which come with prepayment, servicing, and late fees. Though it does report loan performance to credit bureaus, so late payments could impact a user’s credit score and their ability to use Affirm in the future.

“For eight years we’ve told everybody if you treat people well, they will treat you responsibly and well in return,” Levchin said. “It seems to have been working for us so far. We’ve been able to maintain generally good performance.”

And like many lenders today, Affirm is keeping an eye on consumer credit performance.

“Like everyone else we worry and concern ourselves with the economic downstream effects of all the shutdowns and job losses, et cetera,” Levchin said. “That’s something that we have to constantly be watchful for, and we are, but so far so good.”

In part to prove the quality of its risk management, Affirm keeps a large percentage of its loans on its balance sheet, Levchin said.

“We stand behind them and we feel quite good about our ability to manage risk and to continue running our business the way it is,” said Levchin.

To be sure, the coming months will be a test of risk management for lenders across the board. And it’s not just about loans issued now, but loans issued over the past few months.

“Fundamentally it’s going to be a test of prudence in risk management of the past, because whatever loans you made last year are still current and active, but they may not be performing,” Levchin said.

Those that have mismanaged that credit risk — or were banking that an 11-year bull market wouldn’t fall into a recession  — will struggle, Levchin said.

“I think they are going to suffer and probably will be consolidated or disappear,” said Levchin.

Consumers are turning to buy now, pay later as a way to stretch their dollar

As consumers are sheltering-in-place, Affirm has seen drops in some industries and spikes in others.

While travel is down dramatically, Affirm has seen online spending surge at partner retailers like Target and Walmart. It’s also seen spikes in home office sales and home appliances, which includes retailers like Dyson and KitchenAid.

And it’s not only shelter-in-place orders that are driving online spending with Affirm. A record number of Americans are unemployed, which means that being able to extend payments over a few months could give them some needed flexibility.

“Predictability and control, which is what we offer, has been very important to our customers, and seems to be increasing in importance,” said Levchin.

Affirm issues interest-bearing loans ranging from 0 to 30% over a period of 3, 6, or 12 months. Other players like AfterPay and Klarna offer non-interest no-fee installment plans that are split between four equal biweekly payments, and they’ve also seen growing demand for their products.

“I think the trend of simpler, easier to understand financing products, and maybe even broader than just finance products is going to continue,” Levchin said.

SEE ALSO: Buy now, pay later startups are ‘having a moment’ — here’s why retailers like Walmart and Target are betting on installment payments to keep consumers spending

SEE ALSO: 4 startups are changing the way millennials pay for brands like Casper and Warby Parker and have attracted investors including Andreessen Horowitz and Snoop Dogg

Share
Previous Tech billionaire Elon Musk and musician Grimes are about to have their first child together. Here's where their relationship began and everything that's happened since. (TSLA)
Next These cybersecurity skills could make you indispensable at your job or give you a leg up during hiring, according to experts (AVAST.L)