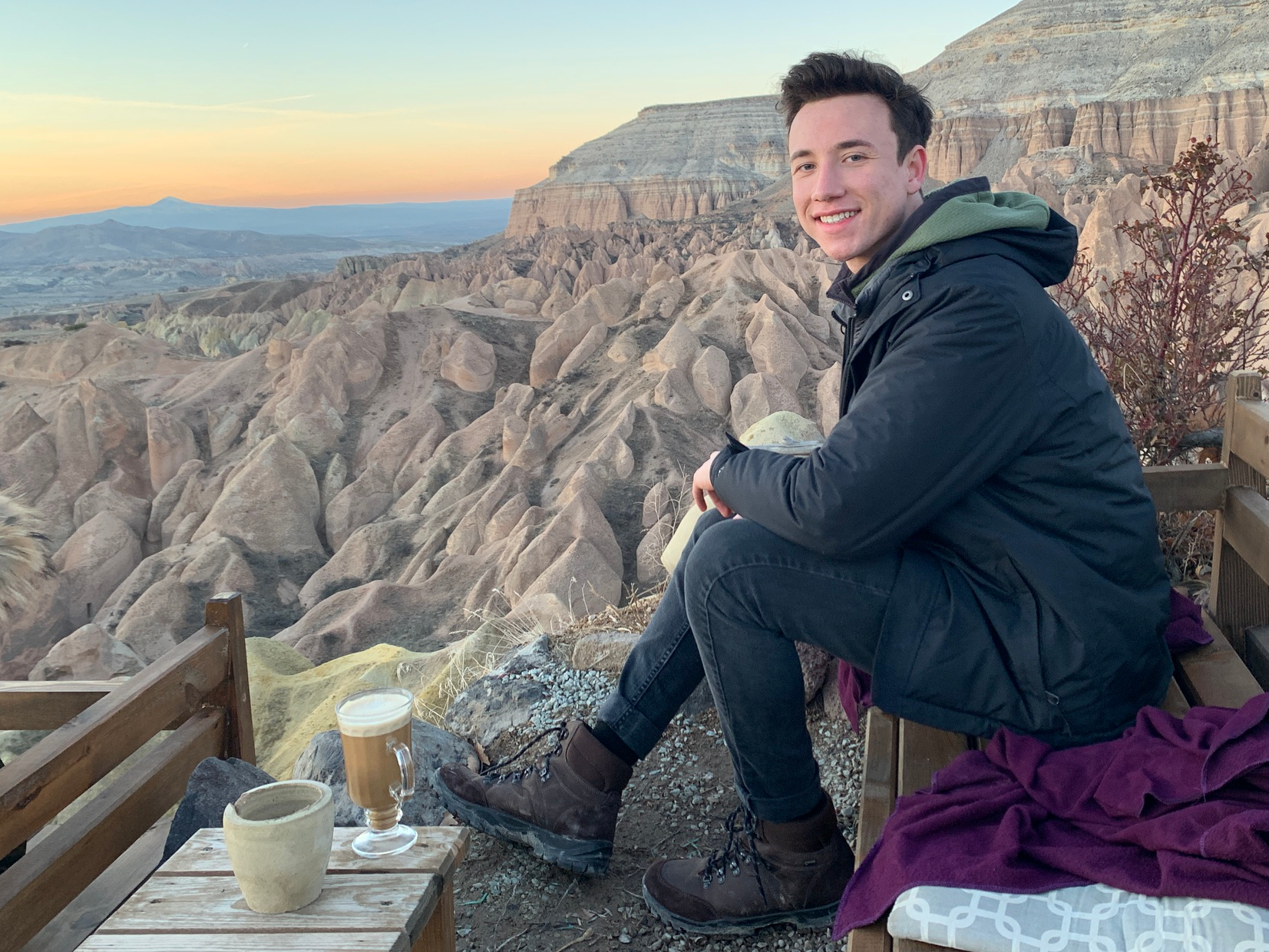 As Josh Sadowski was gearing up to finish high school in 2018, a new short-form video app called TikTok was starting to gain popularity among Gen-Zers.

Sadowski, who is now 20, was homeschooled and growing up he always had a knack for comedy. Sadowski’s videos went viral on TikTok, and he became known for the intricate characters in his comedy skits. As the app surged, his TikTok account quickly turned from an after-school activity to a business.

Today, Sadowski has around 4 million followers on his main page Laughwithjosh. On average, his videos gain between 1 million and 3 million views.

Sadowski treats his TikTok account and various social-media channels — he has 182,000 subscribers on YouTube and 151,000 followers on Instagram — as a full-time business. He’s done deals with brands like Chipotle and Bumble for sponsorships and he’s managed a group of nine TikTok creators for about one year.

He’s also working toward starting a TikTok creator house in Los Angeles and he said his management group will be going on tour this summer.

“The business just never stops growing,” he told Business Insider. “Ultimately, it’s about looking at where you can keep going.”

Sadowski spoke with Business Insider about his growing digital company, how he earns money online, and the rates he charges brands.

Working with brands like Chipotle and Bumble on campaigns

In July 2019, Sadowski began to take his TikTok account more seriously. The main four ways creators on TikTok can use the platform to generate revenue are through sponsorships, selling merchandise, livestreaming, and affiliate marketing.

Sadowski began earning money on TikTok once he started working with brands, he said. He actively promotes companies like Chipotle, and he was included in Chiptole’s #TikTokTimeout campaign alongside creators like David Dobrik and Brittany Broski earlier this year.

He’s also built long-term relationships with brands like the dating app Bumble, which was originally brought to him through an influencer marketing agency, he said. In his first campaign with Bumble, Sadowski presented a comedy skit and a rate. The brand accepted and he’s worked with it multiple times since.

When he was first getting started, Sadowski would pitch brands directly on sponsorship opportunities. He’d create a list of TikTok video concepts with a certain brand in mind and then once the agreement is made, he’d take that video and send it to the brand, with the full creative pitch written out. Now, he said there’s a constant flow of brands who contact him and his group directly.

“If you truly want a business have a strategy and be professional,” he advised other TikTok creators trying to land those first deals. “If you don’t have a manager or someone that represents you, have a rate sheet and a little portfolio about yourself and what you’ve done in the past.”

While sponsorship rates can vary depending on the creator and the brand, Sadowski has some rules of thumb.

“I think you should generally charge a brand between $5,000 and $10,000 if you have one million followers and your fans are very active,” he said. “And they are new followers, not an old account and you’re getting 1,000 views a video.”

Sadowski said he usually charges brands based on metrics like views or likes.

He charges around $10,000 for every 100,000 likes a single video receives, he said. And he said he is testing how charging a CPM rate (cost per thousand views) would work. But he doesn’t charge based on follower count.

For a song promotion — which is when a creator works with an artist or record label to promote a song on TikTok — he charges around $2,000 for every 500,000 views, he said. He added that along with song promotions, some of the creators he manages earn money by selling and distributing their music to their fans directly through TikTok.

“A lot of people are afraid of jumping into a contract or not knowing what to say to a brand,” he said. “One thing creators don’t realize is that they can get a lot more money than what they are getting right now.”

Overall, most of Sadowski’s revenue comes from brand deals, he said, then YouTube and Facebook Watch monetization.

Soon, he will be releasing merchandise (like towels) to sell to his followers, and he also expects to earn revenue from the tour this summer.

For more on the business of influencers, according to YouTube stars, check out these Business Insider Prime posts:

Share
Previous What is Facebook Portal and Should You Buy One?
Next GM's massive pivot to electric cars has officially begun and that's a truly radical move for the huge automaker (GM)