Woman charged with manslaughter in overdose death of a Google executive

SANTA CRUZ, California,10 JULY-2014 (AP) : A high-priced prostitute injected a married Google executive with a fatal dose of heroin before callously stepping over his dying body to finish her glass of wine, police have revealed.

Woman charged with manslaughter in overdose death of a Google executive

Alix Tichelman, 26, was arrested on Friday in the death of Forrest Hayes, a 51-year-old father-of-five and former Apple exec, aboard his yacht in Santa Cruz, California last November. 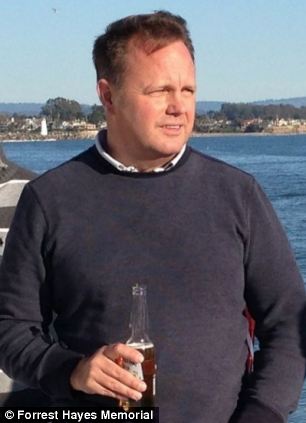 Tichelman, who met her clients through a website called Seeking Arrangement, had exchanged texts and emails with Hayes and met with him a few times before the deadly November 26 encounter.

‘She showed no regard for him. She was just trying to cover her tracks,’ Santa Cruz Deputy Police Chief Steve Clark said on Tuesday.
Authorities launched a nine-month investigation into the incident and uncovered Tichelman’s correspondence with the victim.

That day, they met on Hayes’ 50-foot yacht, Escape, at the Santa Cruz Small Craft Harbor and Tichelman brought heroin before injecting him with the drug, police said.

Police said Tichelman, of Folsom, did not provide first aid or call 911 as the man, identified as Forrest Timothy Hayes, suffered medical complications and went unconscious during the November overdose aboard his 50-foot yacht, Escape. His body was discovered the next morning by the boat’s captain, police said.

Police are also investigating Tichelman in connection with a similar incident in another state, Santa Cruz Deputy Police Chief Steve Clark said. He did not elaborate.

“There’s a pattern of behavior here where she doesn’t seek help when someone is in trouble,” he said.

Tichelman was arrested on July 4 after police said a detective lured her back to the Santa Cruz area by posing as a potential client and reaching agreement on a price of more than $1,000.

Police said Tichelman, who boasted she had more than 200 clients, met her clients through the website, SeekingArrangement.com, which purports to connect wealthy men and women with attractive companions. Her clients included other Silicon Valley executives, Clark said.