Unlikeliest relatives of all time in the world till Barack Obama

London, 3 February (Dailymail): One’s the Old Etonian PM and the other’s best known as the Pub Landlord. So last week there was much surprise when family records revealed that David Cameron and TV comedian Al Murray are distant cousins. The documents from the India Office Records, chronicling the lives of Europeans living there between 1698 and 1947, were published online at findmypast.co.uk and proved the surprising relationship.

Unlikeliest relatives of all time in the world till Barack Obama

Now the Mail has unearthed some other rather unlikely celebrity family links. How many of these would you have guessed?

The Queen and Johnny Depp

One is in the autumn of a long career, with a complicated family life and a fondness for wearing pastels — but enough about Johnny Depp. We can prove that Depp, 50, is the 20th cousin of Queen Elizabeth II and both are descendants of Edward III. According to Nick Barratt, genealogist on the BBC’s Who Do You Think You Are?, the link between the actor and the Queen, 87, dates back to Edward III, who died in 1377.  While the Queen is Edward’s 17 times great-granddaughter, one branch of Depp’s ancestors hail from Yorkshire, and are relatives of the 3rd Earl of Northumberland, Henry Percy, who died in 1489 and who was Edward’s four-times great-grandson. Thus linking Edward III with Edward Scissorhands …

As one mounts ever-more desperate attempts to cling to youth and beauty, the other — blooming and unexpectedly popular — is enjoying a later-life renaissance. Certainly Madonna, 55, could do with taking advice from ninth cousin (once removed) Camilla Parker Bowles on graceful ageing. The Duchess, 66, and the one-time Queen of Pop are descended from French-Canadians Madeleine Ernard and her carpenter husband Zacharie Cloutier (1617-1708).  The couple were part of one of the most influential families in Canada. The genetic connection was first made several years ago by the New England Historic Genealogical Society in Boston, which also revealed that French-Canadian singer Celine Dion is from the same family.

Benny Hill’s saucy brand of humour might not be to everyone’s tastes, but spirited Aussie Holly Valance, 30, is not one to take offence. Just as well because the bawdy comic and the statuesque wife of society property developer Nick Candy are first cousins, twice removed. Benny’s grandparents, Henry Hawthorn Hill and Sophia Summersbee Hill, were Holly’s great-great-grandparents. Benny’s TV show ran for 36 years, and Holly is proud of her cousin, saying: ‘I share his cheeky sense of humour.’

One’s a soap star, the other is more of an A-lister. But Laila Morse, aka Big Mo in EastEnders, is sister of Hollywood star Gary Oldman. Indeed, it was Gary who cast her in his 1997 drama, Nil By Mouth, sparking an acting career that led to Albert Square. The Oldman siblings were born in East London, the only children of Kathleen and Leonard Bertram Oldham, a sailor-turned-welder and alcoholic who left the family when Gary was seven. Laila, 68, is 13 years older than Gary, who moved to America in the early Nineties. As if to prove that some families have all the luck with beauty encoded in their DNA, Eighties’ sirens Brooke Shields and Glenn Close are second cousins once removed. Glenn’s great-aunt Mary Eloise Moore is  great- great-grandmother of Brooke Shields. Five-time Oscar-nominated Glenn, 66, whose role as the infamous ‘bunny boiler’ of Fatal Attraction terrified a generation of men, inspired the Blue Lagoon star Brooke, now 48, to become an actress. 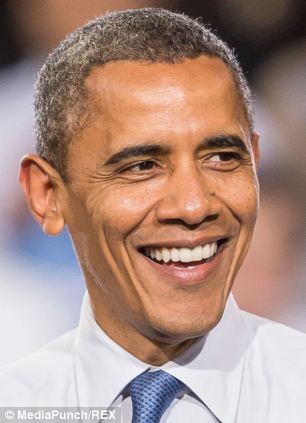 The tentacles of the U.S. President’s extended family are seemingly boundless, reaching Kenya and even Ireland. This celebrity connection is closer to home, but is unlikely to do his poll ratings any harm either. Committed Democrat and Hollywood heavyweight Brad Pitt shares the same ten-time great-grandfather, Edwin Hickman, a Virginian who died in 1769. The White House links continue with Brad’s partner, Angelina Jolie, who is ninth cousin (twice removed) of former First Lady Hillary Clinton. Poised to direct a six-part saga on King  Arthur for Warner Bros, Guy Ritchie can boast of his own links to royalty, thanks to his connection to the Duchess of Cambridge. He is her sixth cousin, once removed. Ritchie attended the Cambridges’ wedding in 2011, but because of his friendship with Prince William, rather than anything to do with being related to Kate. Their shared heritage dates back to the 18th century and a couple named David Martineau, a Norwich surgeon, and Sarah Meadows, who were Kate’s six times great-grandparents and Ritchie’s five times great-grandparents. At 45, Ritchie, best known for directing two Sherlock Holmes films as well as Lock, Stock And Two Smoking Barrels, is half a generation older than 32-year-old Kate. 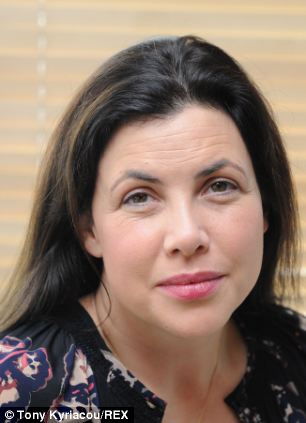 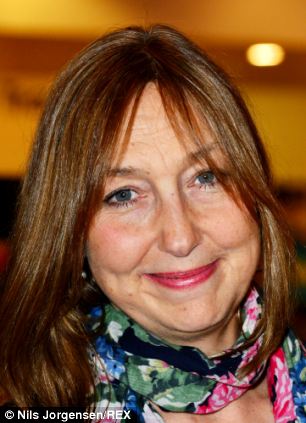 With shared penchants for gingham and a deft hand with a sewing needle, these two  are certainly the alternative domestic goddesses. But property programme presenter Allsopp, 42, and Cath, 55, famous for her kitsch floral fabrics, descend from the same great-grandparents, making them second cousins. Kirstie’s grand-mother, Helen Atherley, and Cath’s grandmother, Isabel Atherley — daughters of Arthur Atherley and Eleanor Lumsden — were sisters. 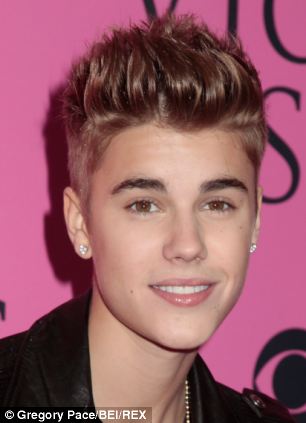 Celine Dion is rather better known for a decade of eardrum-splitting love songs. But who knew she was a cousin of erstwhile heart-throb and born-again brat Justin Bieber? The pair are tenth cousins, three times removed. Warblers Celine, 45, and Justin share nine times great-grandparents in Jacques Vezina and wife Marie Boisdon, who were from France but died in Quebec, Canada, in 1687. Bieber, 19, was arrested last week for alleged drink-driving in Miami, after an impromptu race around the city streets. 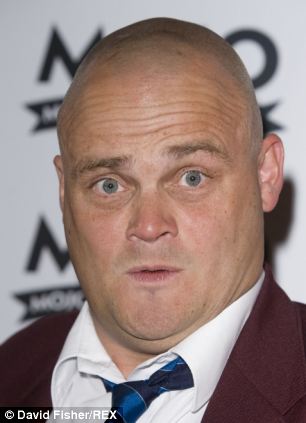 The next time the Prime Minister wants to know how his policies  are affecting the barstools of  Britain, he should tap up his sixth cousin, Pub Landlord comedian Al Murray.  Records released last week, and verified by genealogists Elaine and John Hitchcock, show that Al, 45, and David, 47, are sixth cousins, through their five-times great-grandfather, William Makepeace Thackeray, the 19th-century poet and Vanity Fair novelist, who died in 1863, aged 66.