Rep. Alexandria Ocasio-Cortez (D-N.Y.), one of the most prominent and outspoken progressives in the Democratic Party, will have just one minute to deliver remarks at the virtual Democratic National Convention next week. 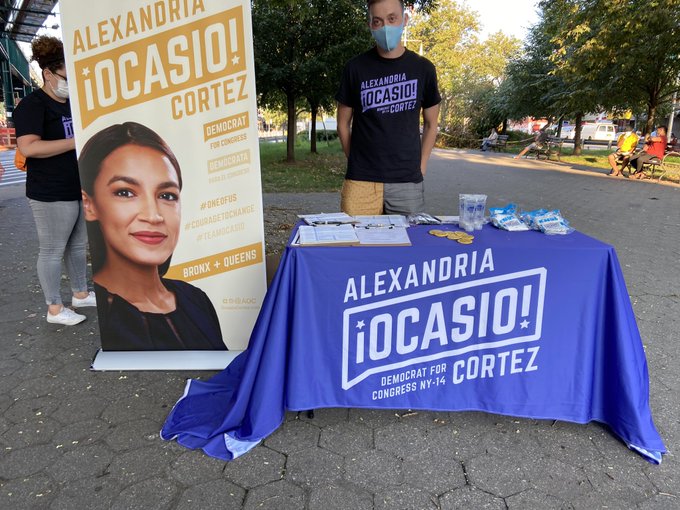 The lawmaker’s address will be 60 seconds long, her spokesperson told HuffPost. She’s scheduled to speak on Tuesday. She will prerecord the address from her base in New York and write it herself with the blessing of the Democratic National Committee, according to Business Insider, which first reported the news.

Ocasio-Cortez eloquently acknowledged the limited time slot, tweeting a poem by Dr. Benjamin E. Mays, “I have only just a minute.” The late Rep. Elijah Cummings (D-Md.) recited it during his first floor speech to Congress in 1996.

The convention, where presumptive Democratic nominee Joe Biden is slated to formally accept his presidential nomination, will be a dramatically scaled-back version of an event that typically draws tens of thousands of people to mark the start of the general election campaign.

Rumblings that Ocasio-Cortez might be left off the DNC speaking roster altogether galled progressives and set off a debate among Democrats in the lead-up to the decision. Politico reported last week that her supporters felt Ocasio-Cortez deserved a prominent speaking spot, given her role leading Biden’s climate task force and her ability to energize younger voters. However, some moderate Democrats reportedly expressed concerns a prime-time speaking slot would fuel the Trump campaign’s efforts to cast Biden as a vessel for the left.

Earlier this year, Ocasio-Cortez co-chaired Biden’s “unity” climate change task force with former Secretary of State John Kerry. She was appointed to the panel as a representative of Sen. Bernie Sanders (I-Vt.), whom she endorsed during his race for the Democratic nomination.

“It would be stupid” not to give her a slot, Corbin Trent, a former top adviser to Ocasio-Cortez, told Politico. “She’s one of the best speakers the Democratic Party’s got.”

And Winnie Wong, a prominent activist and former adviser to the Sanders campaign, tweeted last week: “You want Bill Clinton to speak but maybe not AOC. Okay, dummies.”

It appears that other members from the “Squad” of progressive first-time lawmakers ― Reps. Ilhan Omar (Minn.), Rashida Tlaib (Mich.) and Ayanna Pressley (Mass.) ― are not on the speaking schedule.

Share
Previous Covid-19 can be a hindrance but can’t beat India’s resolve for Atmanirbhar Bharat, says PM Modi
Next India’s gold market plunged in the first half. Here’s how the second half looks