NO REALITY TV star in India has seemingly come out of nowhere and captured the imagination of a global audience in a way Bigg Boss 13 contestant Asim Riaz has. 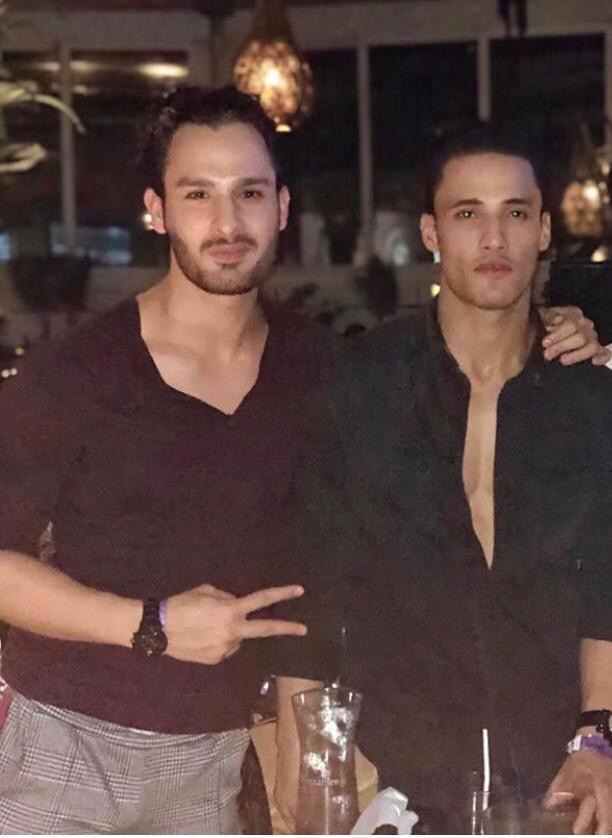 By offering something new to the Indian version of Celebrity Big Brother, the 26-year-old model has helped the ongoing series pull in record-breaking viewing figures and is set for major things.

His biggest supporter outside the house has been elder brother Umar Riaz, who recently visited him inside the house and sent social media into meltdown.

In an exclusive interview, Eastern Eye caught up with Mumbai-based registrar general surgeon Umar Riaz to find out more about his hot right now brother Asim and talk about the spell he has cast on viewers.

How do you feel about the amazing global response Asim has received?
The way people have supported him and how he has trended on social media globally really makes me feel proud. It’s like a dream come true for the entire family. We come from Jammu & Kashmir, which is a conservative state, and never thought of the media industry or about getting fame. Asim has worked in this industry for eight years, but the recognition he has got here, you don’t get in the modelling industry. We couldn’t have been more happy or proud.

Why do you think he has been so popular on Bigg Boss 13?
The reason behind his popularity is that he is not faking or playing the game. When he entered the house, he never had the experience of reality shows because he is a model. It was difficult for him to converse with contestants because everyone was known in the media. He himself said people are not talking to me, because they thought he is a no one. But he was genuine, real and not faking any relationship or getting into things to be seen.

That realness has connected with people…
Yes, because he is a commoner and one of them. Seeing his progress and the way he has stood up to bullies in the house have inspired people. He has shown that even if you come from a normal background you can still achieve something in this industry that has nepotism. That is why they
love and connect to him.

How do you think he has handled himself?
He has handled himself in a dignified and mature way. People have tried being violent with him, tried accusing him and have spoken below the belt, but still he has most of the time remained controlled and not spoken filth to other people. He has kept his anger under control and never been violent. Even when girls have been mean to him, he has controlled himself and shown love in response to anger and hatred. This has been commendable. I give it up to him for being so patient.

You and your brother are clearly very close. How did you feel visiting him in the house?
I was a bit nervous because I am not from the media and everyone inside is a celebrity. When I went inside and the way he hugged me so tightly, I could feel the emotion, and my tears started flowing. I introduced myself to everyone and within 5-10 minutes it was like we were sitting at home chatting. I had to remind him I was there for a short time. He asked about our family. I thought I wouldn’t shed tears, but the way he expressed himself made me cry.

How did you feel meeting other contestants, some of whom have been unkind to him?
I thought I would say stuff to the contestants, but the way they greeted me with a smile, all my anger or anything negative or whatever I didn’t like about them were forgotten. It was family week, it had been three to four months, and I didn’t want to demotivate anyone. All the contestants were nice to me. Although I went in with a heavy heart, I came out relieved and happy. Everything went well with the grace of Allah.

What was Asim like growing up?
(Laughs) Growing up with him was a task. He was a naughty kid actually, but caring and loving. He had a temper, but always realised his mistakes and apologised. He wasn’t good at studies and was different from other kids because he wanted things his own way. He always had different things on his mind, from a conventional career path such as being a doctor or going into business. He was a rebel and energetic, so we had to channelise him. He has gone on his own path and that has proved good for him because now all of India loves him.

We have found out a lot about him in the house, but tell us something not many people know about him?
(Laughs) He was a very naughty kid and always had trouble at school. My parents would always go to school because he had done something wrong. My sister and I were good students, and they would wonder why he wasn’t behaving properly. He would always trouble our parents, but he really fears our father like all of us. My father has been strict, but we respect him a lot.

What else can you tell us about him?
Asim loves to drive and is an excellent cook. He always had the energy to cook something for a big group and is not lazy. He is up for cooking and serving people anytime.

What do you think he will do when he comes out of the house?
The first thing we will do is go home to see our family. There are lots of offers and we are already getting calls from people wanting to work with him. So it will be a good 2020 for him. It will be a game-changer year.

Do you feel nervous as the final approaches?
I am happy and considering the response I am getting and people loving him, I am sure he will be in the finale. I want to see him in the top two whether he wins or not. I just want him on the stage with Salman (Khan), holding his hand. After that, whatever happens it’s okay because his job will be done. Win or not? I am not thinking about that. Rest, if Allah wants it, he will be the winner. I totally see him in the top three, but am nervous about him reaching the top two.

You have also become popular. What will you do next?
I think it is all because of Asim. We have no PR. I am handling his social media, so people know me because I have been supporting him. So any love I am getting is because of Asim fans. I have wanted to be in media and am looking forward to some offers, but I am a surgeon and have my own work. But surely, if there is something good I am up for that.

Will you give a message to all the fans who have been supporting Asim?
It is all because of your love and support that Asim has made it up to this level. The amount of love you guys are showering on him is amazing and a dream come true. It is so unreal to see so many people supporting him not only in India, but worldwide. I get messages from all over the world about him. To all the fans supporting Asim, I want to say thank you so much for being there for my brother. Thank you for staying with him through his ups and downs.