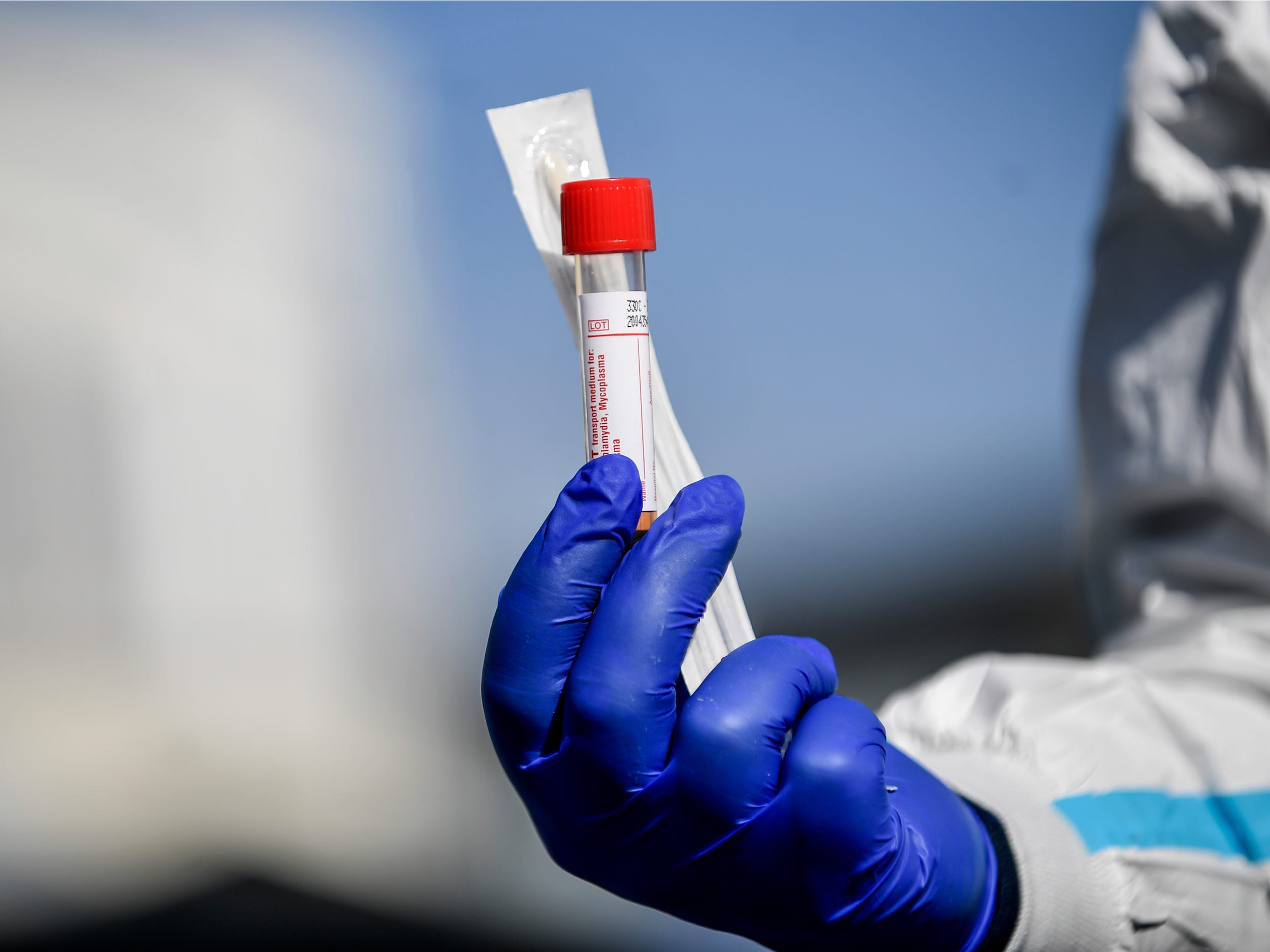 The UK government could roll out COVID-19 immunity passports in the next 12 months, as Prime Minister Boris Johnson seeks to end the nation’s lockdown.

As testing for the coronavirus ramps up, UK officials have held talks with ID verification startups in recent months to figure out how people who have recovered from the virus can demonstrate their immunity and resume normal life outside of lockdown. Similar talks have taken place in the US.

In theory, by tying an individual’s COVID-19 test results to their identity, those who are negative could be given greater freedom to visit shops, the office, or even friends and relatives.

For most schemes, this would require some combination of official documents, such as passports or driving licenses, with facial recognition, QR codes, and test results.

On Thursday, NHSX, the innovation arm of the UK’s health service, published the first round of proposals from private companies via the UK’s Science and Technology Committee.

A number of prominent ID verification startups have now shared their ideas with the government including Onfido, Yoti and OCL, all based in London, as well as Germany’s IDnow, and Lithuanian startup iDenfy.

Business Insider spoke to the 5 firms about what they think an immunity passport could look like:

Onfido would combine ID and facial recognition with test results Onfido is an ID verification platform based in London whose clients include food delivery firm Deliveroo and French car-sharing service BlaBlaCar.

Business Insider previously revealed Onfido had also held talks with the US government on the design of immunity passports.

Under proposals submitted to the UK government, Onfido emphasizes the need to prevent fraud, and to ensure the platform is secure, user-friendly, and scalable.

Similar to other proposals, Onfido offers a combination of facial recognition, government documents, and QR codes to allow individuals access to certain spaces, such as shops and offices.

Speaking to Business Insider, CEO Husayn Kassai said he understood the WHO’s concerns around immunity passports, but made it clear that they still had a part to play in the eventual easing of lockdown restrictions.

“Of course, I realize we have yet to establish how long someone can be immune to the disease for,” Kassai said. When a deeper understanding of COVID-19 immunity is eventually established, he added, the value of an immunity passport “would increase … not decrease”.

“Having this system in place would mean us being able to react very quickly … So if the requirements change, we can immediately revoke a user’s status, and ensure they know they need to be tested again.” IDnow is one of a number of startups that have previously held talks with the UK government, as Business Insider reported in April.

The Munich-based firm, founded in 2014, has submitted proposals for a program using facial recognition, alongside a set of security questions which would be verified by the company over the phone.

Asked about the long-term plans for immunity passports, IDnow’s UK head of sales Roger Tyrzyk said: “I think it’s realistic to think we might not see these rolled out for another year.”

He added: “We are still very early into the science of immunity, and science isn’t about guessing, of course, it’s about proving things.

“So we will need to have good evidence of the general rate of reinfection before we can confidently describe someone as ‘immune’.”

Yoti would focus on verifying test history, rather than immunity While engaging in talks with Downing Street about the practicalities of immunity passports, CEO Robin Tombs warned against the term, emphasizing the practical need to verify individuals’ test history, rather than their immunity.

“Scientists are still trying to figure out exactly how ‘immune’ a person is once they’ve recovered from the disease,” he said.

“Our discussions focused more on being able to tell when an individual had most recently been tested, for example, if you had negative results confirmed a day or two ago, rather than proving you’re absolutely immune.”

Last month, the firm rolled out its digital ID app for NHS workers, making it easier to confirm their identity when entering a new hospital, in turn allowing the service to deploy essential workers more effectively.

The firm’s work with the NHS makes it a strong contender for a role in any government scheme, though it remains unclear what shape it will take – or how many businesses will have a role to play.

Yoti has yet to confirm it has officially submitted proposals to the UK government.

OCL is pitching a traffic-light system for exposure alerts Now, CEO Serge Acker says the firm has submitted plans for an “exposure alert” system, which would work on a three-tier traffic light system.

The system would also force users to check-in at certain destinations, such as shops, offices, and airports. These places would then be able to track their own exposure rate, meaning people could stay away, or retroactively check if it’s worth them getting tested even if they’re asymptomatic.

Under OCL’s privacy-conscious proposals, users would not have their IDs tied to their test results, but would be given access to a unique QR code which could be authenticated on-site.

Speaking to Business Insider, Acker said there was already a legal precedent for intentionally spreading disease (the Offences Against the Person Act, 1861), and that this combined with fraud laws would be enough to deter any attempts to fake immunity.

“We think this is a much less cumbersome and, from a privacy perspective, safer way of doing things,” he said. iDenfy is a Lithuanian ID verification startup, founded by Domantas Ciulde in 2016, which boasts customers throughout the EU, US, and Asia.

In an interview with Business Insider, Ciulde confirmed he had submitted two core designs to NHSX: one for tracking people required to be in quarantine, the other for an “immunity identity” passport.

Lithuania instituted an incredibly strict quarantine on March 16, banning all public gatherings, closing borders to foreigners, and shutting down rail journeys to neighboring countries. This, in part, explains what Ciulde sees as a genuine need for “Quarantined People Tracking”.

“We understand the arguments about civil liberties,” he said. “But, in Lithuania at least, you had a lot of rules around quarantine, for which you could be fined, and this is just about making the job easier to police, for all of us.”

While their proposals for a form of people-tracking will no doubt raise alarm bells among many, their passport plan is similar to those proposed by the likes of Yoti and Onfido, combining IDs with facial recognition and QR codes.

Ciulde said the firm had already submitted its ideas to the Lithuanian government, and intended to do the same in Poland soon.