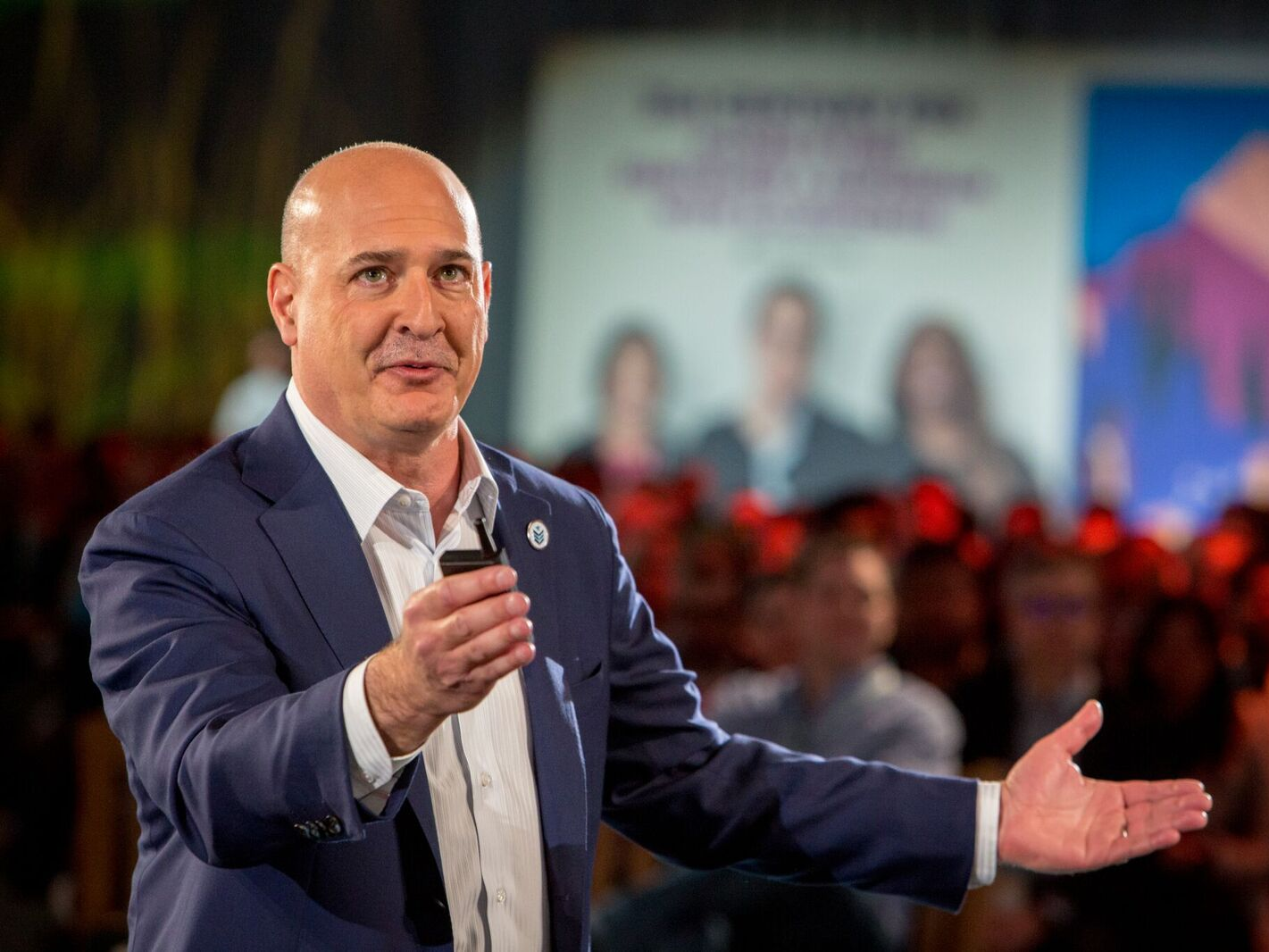 The sudden and surprising departure of Salesforce co-CEO Keith Block after only about a year and a half on the job could signal that Marc Benioff — now the sole CEO of the $161 billion cloud software giant once more — is clearing the decks for a new generation of leadership.

Since joining Salesforce in 2013 as head of sales, getting promoted to COO, and then moving on to the co-CEO role, Block played a crucial role in building out Salesforce’s sales strategy — particularly in building traction in selling to specific industries like healthcare and government. He had over 26 years of experience at Oracle before coming to Salesforce.

There’s evidence that Block had a lot of success: Salesforce’s revenue just about quadrupled from $4 billion annually when he joined in 2013, to doing about the same in a quarter now.

Even so, Rebecca Wettemann, an analyst at Valoir, said its not surprising that Block is stepping down. The ever-bombastic Benioff and his cofounder and CTO Parker Harris are still very much involved in the day to day operations of the company.

She suggests that despite Block’s lofty title, the two founders still wielded outsized power over the company, and that their more freewheeling style never fully meshed with Block’s more traditional approach to business.

“People talked about Keith as the heir apparent to Marc, but Marc is still firing on all cylinders and he and Parker continue to be the key leadership figures for Salesforce,” Wettemann told Business Insider. “While he was doing a great job, Salesforce has never marched to the traditional enterprise software drummer, and Keith was the perfect drummer boy.”

Dan Newman, an analyst at Futurum Research agrees, and said he always found it interesting that Salesforce decided to have someone share the CEO role with Benioff. “I felt from the beginning it would be hard for the two to be equals, but it was a fascinating experiment,” he told Business Insider.

He added that while Block seemed to be indispensable to the company’s operations, Bret Taylor seems to already be fulfilling some of the operational duties left vacated. Taylor, formerly the CTO of Facebook and a key engineer at Google, was named chief operating officer last fall, taking over Block’s old job.

Steve Koenig, an analyst at Wedbush, said that while Block was a great asset to the company, Benioff might be looking to pave the way for a future generation of leaders — like Taylor.

“I think bigger picture, my guess is that Marc is looking forward into the future and looking at what he needs to do put in place the next generation of leadership at the company,” Koenig told Business Insider, adding that Taylor is one example of that kind of talent.

Koenig adds that he could see Salesforce putting Taylor into a CEO role in the future, something that others have speculated before as well. Taylor came to the company when Salesforce acquired his startup Quip, and he quickly rose though the ranks, reporting directly to Benioff once he joined.

Another person who represents the type of leadership talent Benioff could be looking for is Tableau CEO Adam Selipsky, Koenig said. Salesforce acquired Tableau for $15.3 billion last year. Selipsky was previously an executive at Amazon Web Services and took over Tableau in 2016.

Koenig said Selipsky has done a “remarkable” job reviving Tableau when it was having trouble and “propelling it forward and then taking Tableau to the next level.”

While Block had a huge impact on the company, he built a sales organization that can continue doing the work, so analysts said they don’t expect much to change with the day to day operations.

“I really don’t see any significant impact on the external perception of the business based upon this move. Internally, Block appeared to be pivotal to operations and this could see a transitional period where the company will have to make adjustments in Block’s absence,” Newman said.

Salesforce has also hired Gavin Patterson, formerly CEO at BT, as the new president and CEO of Salesforce International, responsible for the company’s operations outside the US.

Rob Oliver, an analyst at Baird, said that Salesforce has a strong bench of executives, so while Block leaving is certainly a big deal, he’s not worried about the company’s future performance.

“If there’s any company that can withstand the departure of one person it’s Salesforce, because Marc Benioff has built a culture of surrounding himself with great people,” Oliver said.

Additionally, Wetteman said she sees the acquisition of Vlocity, a startup that makes industry-specific cloud and mobile software that is built on the Salesforce platform, to play a key role here. Salesforce said it acquired Vlocity at the same time it announced Block was leaving.

The acquisition will help Salesforce increase its focus on a industry specific sales strategy, tailoring its products to industries like financial services, healthcare and government — a strategy that Block spearheaded.

“They get not only the vertical IP, but also [Vlocity CEO] David Schmaier, who is positioned to have a great leadership role there if he wants to do it. David knows the market, he knows the customers, from an industry perspective, he could be a great person to bring on to central leadership of Salesforce,” Wetteman said.

Oliver said that the Vlocity acquisition gives reassurance that Salesforce’s industry specific sales strategy will continue to grow, even though Block is leaving the company. He added that Salesforce has acquired “one of the best vertical plays on the Salesforce platform.”

NOW WATCH: This animation shows how far your sneeze can actually travel