For the first time ever, there's actually nothing to look for in Tesla's earnings (TSLA) Nothing to see here. Move along.

That’s how we should approach Tesla’s fourth-quarter and full-year 2019 earnings, which should be announced on Wednesday after the markets close.

On an adjusted basis, Tesla is expected to report a profit of about $1.65 per share for the quarter, on revenue in the $7-billion ballpark.

That would make for a third straight profitable quarter, bringing Tesla as close as the company has been in its 16-year history to a full-year profit; positive quarterly margins have been rare birds for CEO Elon Musk’s electric carmaker.

Tesla sold 367,500 vehicles in 2019, a substantial improvement on 2018’s roughly 250,000, so a swing to steadier profits and at least stable quarterly top lines makes perfect sense. This is what an automaker’s business is supposed to look like: build cars, sell cars, repeat. For some context, every single other major automaker in the world has been profitable nearly every quarter for the past five years.

Tesla was the exceptionally notable outlier. In fact, Tesla’s miserable business performance was made extra-alarming by the absolutely boffo sales and margins that everybody else was posting.

A skyrocketing stock price, but responsibility for demand creation 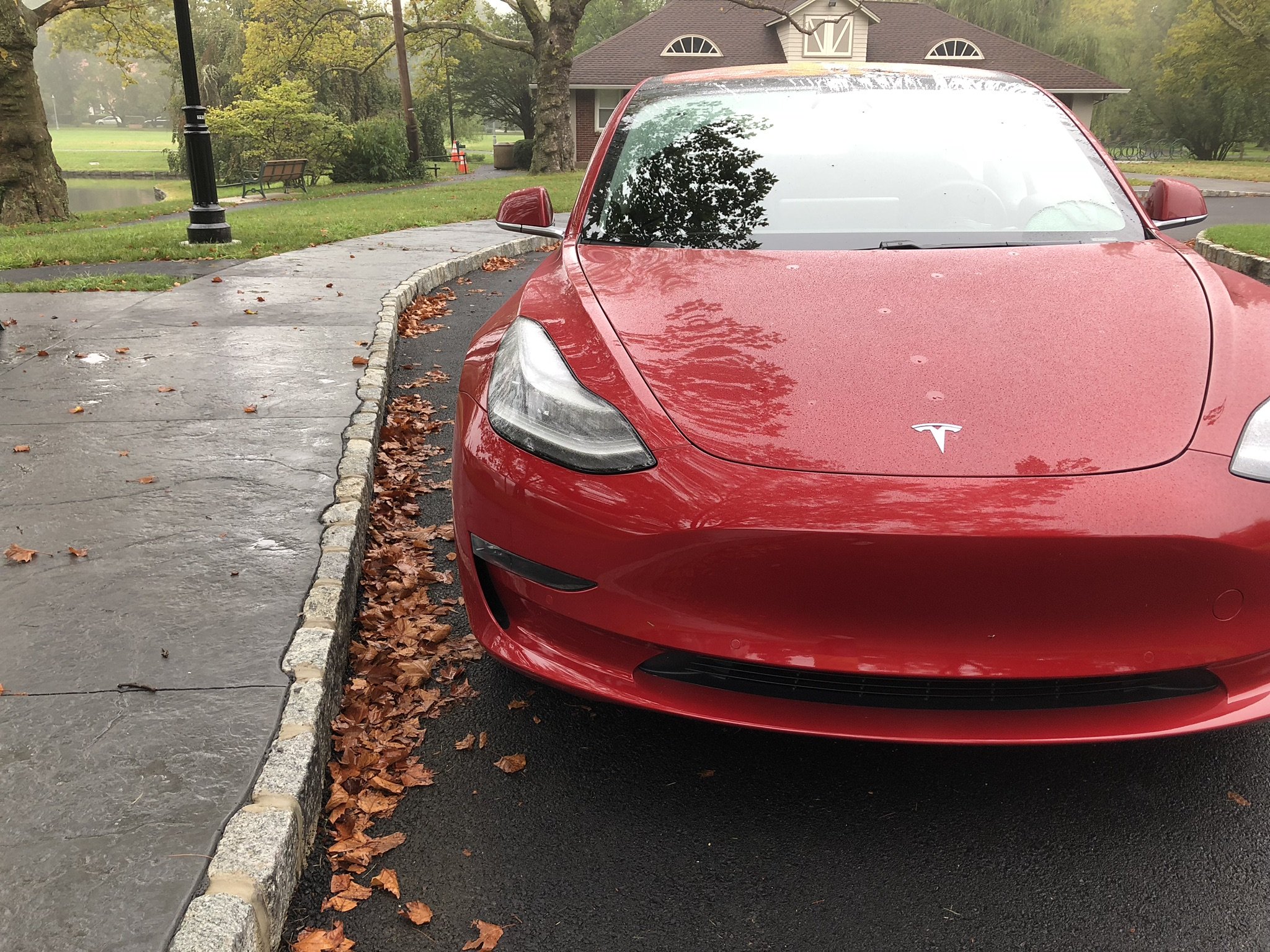 Of course, now that Tesla has come up to the baseline for business execution, its stock price has skyrocketed. It’s up 125% in the past three months, minting a $100-billion market capitalization an making Tesla worth more than General Motors and Ford combined. Basically, the only automaker on Earth worth more right now is Toyota.

I know, I know. Tesla is the future! But that’s a silly analysis. The stock price is flatly ridiculous in light of the business reality, which is that even if Tesla somehow manages to capture a 20% net margin, it isn’t going to escape the embedded dynamics of the auto industry. The company will never, never, never stop needing staggering amounts of money to operate and expand.

I’m not suggesting Tesla is poised for a fall. If anything, its greatly improved execution has probably put a floor on the stock, someplace in the $300-400 region. The ceiling is anybody’s guess. If Tesla beats for the fourth quarter, I wouldn’t be surprised if we see $700.

What concerns me now is that although Tesla is selling more vehicles, we aren’t seeing a general expansion of the global EV market. Left and right, automakers are pledging to bring dozens of EVs to customers, but early efforts from GM, Audi, VW, and others have been modestly successful. Overall, the mix of internal-combustion to EVs is, ahem … 98% to 2%.

If that doesn’t change, then Tesla has a problem: its existence could be the only thing in the business that truly spurs demand. In other words, if Tesla builds, say, 500,000 vehicles a year, then sells them all, that means core EV demand is all-Tesla, and the only way it grows is if Tesla builds more vehicles. Choice in the EV market would be miserable. Tesla’s value would eventually be degraded by the incessant R&D needs of a monopoly enterprise. Widespread EV adoption, due to the limitation of battery chemistry and charging infrastructure, is a decade or more away, so Tesla would have a tough road to manage in the 2020s.

Obviously, this is all kind of out of Tesla’s control. So the company should take a couple of victory laps on Wednesday. But investors should also recognize that if a serious market for individually-owned EVs doesn’t arrive by 2025, Tesla shareholders could be stuck with a company that’s almost perfectly designed to consume all its profits to create growth.

Share
Previous IQ Option is one of the top LEGIT binary broker, never scam
Next Bankrupt MoviePass says it's under 'pending' investigation by the FTC, SEC, California DA, and New York AG