The Sky Is Pink Trailer: The Priyanka Chopra & Farhan Akhtar starrer will touch your heart & make you cry

Priyanka Chopra is on a cinematic roll. A couple of days ago she announced not one but two Netflix Originals – The White Tiger and We Can Be Heroes – and today with the official trailer release of The Sky Is Pink, she’s marking her comeback to Bollywood. 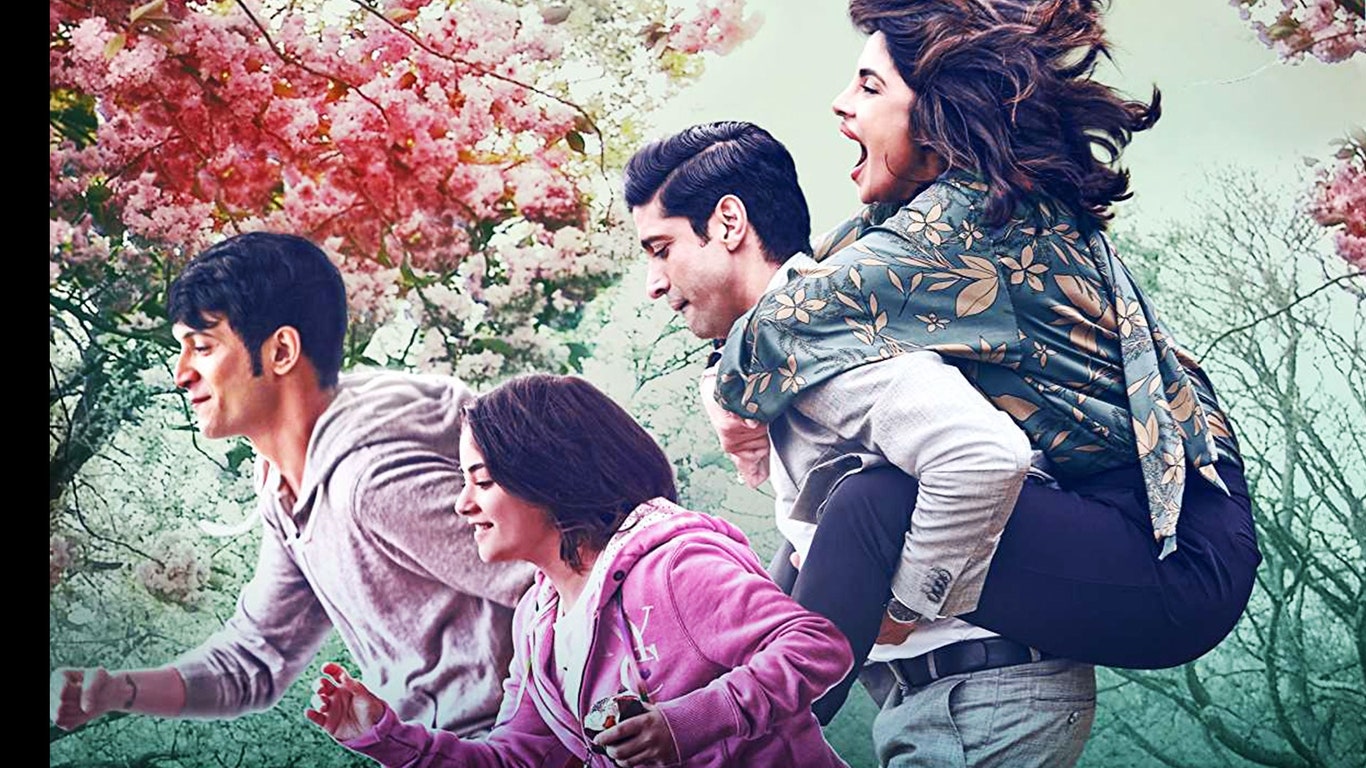 Directed by Shonali Bose (of Margarita with a Straw fame), The Sky Is Pink is based on the true story of a couple who lost their 18-year-old daughter to severe combined immunodeficiency – a fatal disease. Priyanka Chopra and Farhan Akhtar essay this couple and their journey of finding each other once again, after losing their child.

The Sky Is Pink is narrated by Aish Chaudhary (played and voiced by Zaira Wasim) – the pseudo protagonist, and Chopra and Farhan’s deceased child in the film. In her own sassy ways, she introduces us to Priyanka Chopra, who essays the role of Aditi Chaudhary – Aisha’s mother, and also a mental health therapist; Farhan Akhtar as Niren Chaudhary – Aisha’s father; Rohit Saraf as Ishaan Chaudhary – Aisha’s brother and a music composer and producer.

What is the real story of The Sky Is Pink movie?

In an interview with MTV, Chopra revealed that she’s super excited about this film as this a story that she really wants to tell. “The most special thing about The Sky Is Pink is that the story and every scene in the movie really happened!” Chopra says.

“I got the ability to just sit with the woman I’m playing, Aditi, and talk to her and understand the grief of losing a child,” she adds. “Aisha Chaudhary was this young girl, who suffered from a disease called severe combined immunodeficiency. Which is when the kids’ immune systems don’t develop, when they’re born. So, a common cold can be fatal. They have to be protected. But Aisha ended up living up to 18. She also ended up writing a book. And it was so interesting that her parents, after Aisha died, approached Shonali to make it into a movie because she is their favourite filmmaker,” Chopra informs.

She says the point of the film is not to make anyone sad but to celebrate life. “My director, Shonali, who is an amazing filmmaker, also lost a son. She lost her son at 16 and her take on death is the celebration of life. (This) happened to me too when I lost my dad. We, me and my mom, we chose to celebrate his (my father’s) life, remember his laughter, tell the jokes, instead of being sad about it – and that’s what this movie is.”

943 people are talking about this

The story talks about what happens to a marriage and a family when you lose a child. What kind of a toll it takes on them emotionally, physically and financially. “This story is just an empathetic perspective of that,” she says.

The Sky Is Pink is slated to release on October 11. It is also the only movie from Asia to be selected for the Toronto Film Festival.

Share
Previous WeWork and Uber are giving SoftBank a black eye, but that doesn't mean Vision Fund II is in trouble, experts say (UBER)
Next How To Get Your Android Device’s Notifications On Your Computer