Cobrapost’s investigation titled ‘Operation-136 II’ says that a senior vice president at Paytm allegedly claimed that the e-wallet company had received a call from the Prime Minister’s Office (PMO), at a time when stone-pelting had reached its peak in the Kashmir Valley. 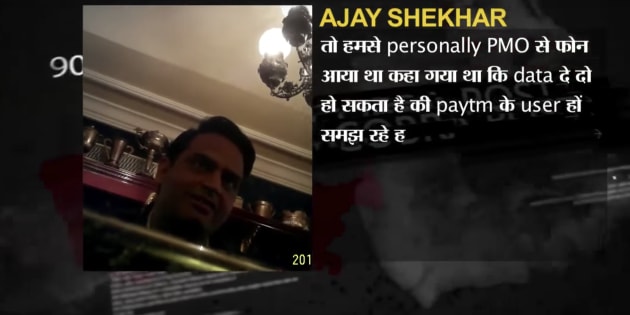 Ajay Shekhar Sharma, senior vice president and brother of Paytm founder Vijay Shekhar Sharma, can be seen telling the Cobrapost reporter, on tape, that the PMO had demanded that Paytm share user data with a political party, so as to identify the stone-pelters.

Though the video shows Ajay Shekhar Sharma purportedly claiming that the PMO asked for data of users, the video does not mention whether or not Paytm complied with the PMO’s alleged demand.