Medical sources in Gaza said 100 Palestinians had died and almost 700 had been injured since the offensive began last Tuesday.

The death toll rose Friday after 50 more targets, including four homes, were struck in the Strip, leaving eight people dead, including a baby and a seven-year-old boy, the health ministry in Gaza reported.

Worst-hit was a house in Rafah, south of Gaza, where five members of a family were killed in an Israeli attack that destroyed the building and several neighbouring properties.

Humanitarian organisations said more than 300 homes in Gaza have been destroyed and several more have been seriously damaged, leaving more than 2,000 people homeless. 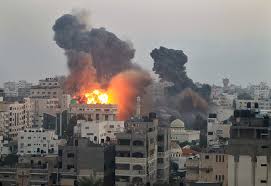 The Israeli Defence Forces (IDF) said in a statement Friday they had attacked 210 targets of terrorist factions over the past 48 hours, including rocket launchers, offices of the Islamist Palestinian movement Hamas, tunnels and training sites.

Israeli warplanes and naval artillery have bombed 1,090 targets in Gaza since the military operation began, the IDF said.

The al-Qassam Brigades, the Hamas’s military wing, Friday claimed responsibility for rocket attacks against Tel Aviv and other cities in central and southern Israel. 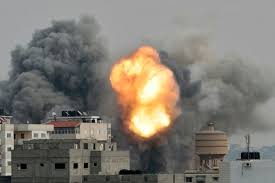 US President Barack Obama Thursday offered to broker a ceasefire between Israel and the Hamas movement in order to protect the lives of civilians and restore calm to the region.

Israel has been massing troops on the border with the Gaza Strip and has called up 40,000 reservists as it prepares to launch a ground offensive.

The latest crisis erupted June 12, when Israel began a massive search for three Jewish seminary students who went missing in the West Bank and were found murdered last week.

Israel blamed the kidnappings on Hamas, which has denied any role, and arrested 500 people, most of them linked to the group.

Tensions flared after a Palestinian teenager was abducted in Jerusalem last week and found burned to death hours later in a revenge killing for the murders of the three Israeli students.