MUMBAI.3 July-2014,Chittaranjan Tembhekar,(TNN): In an indicator of the severe drought situation due to 67% deficient rainfall in the state, nearly 3.6 lakh people from Maharashtra’s villages have sought daily wage work under the employment guarantee scheme (EGS) over the last few days, which is a six-fold increase in job demand.

Against 135 hectares under the kharif crop, only 8.43ha have come under sowing. Nearly 80% of the state’s crop is rain-fed and many lives depend on it for a year.

This is apparently because conventional agriculture work on farms has taken a major hit for 15 days. The situation appears grim and may precipitate in the absence of rainfall and affect crop production, leading to increased inflation.

“Lakhs of farmers and farm labourers have stepped out of their farmlands in search of work, and food for the day. This year, nearly 3.60 lakh labourers are on a job hunt. Last year, at the same time, it was merely 60,000. We hope the monsoon sets in vigorously, or the situation may worsen,” a senior government official working closely with the rehabilitation and EGS departments said.

The state government has identified another 5.1 lakh jobs under the scheme to meet the demand of daily wage work in case of scanty rainfall. Of the identified EGS jobs, around 4.3 lakh are with the gram panchayats, while the remaining are with the state administration. Latur, Beed, Washim, Nashik, Amravati, Solapur, Nandurbar, Sindhudurg, Nanded and Akola registered a spurt in labourers. 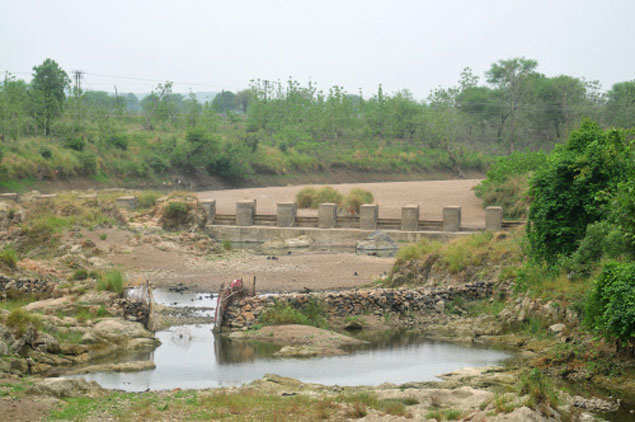 Chief minister Prithviraj Chavan, at Wednesday’s cabinet meeting, directed the administration to continue with water tanker services in drought-hit areas and sought stringent measures against excessive use of water and electricity. Against 300 tankers supplied this season every year, this year saw the supply of nearly 1,464 across the state. Except for Sangli, all districts in the state have received less than 50% rainfall.

Against 135 hectares under the kharif crop, only 8.43ha have come under sowing. Nearly 80% of the state’s crop is rain-fed and many lives depend on it for a year.