Melbourne, 2 July-2014(Younus Sk/Youtube): The Jews are a disgusting people and it is no surprise they are reviled around the world for the character they hold. These people are a curse upon the world, they control the American government, Hollywood the media and many others organisations.

There are lots of real Jews that are sick of these cruel, inhumane ignorant, thieving Zionists too. These shameless Zionists are nothing but opportunistic thieves that desert their country of birth like rats and come to Palestine and make Palestinians refugees in their own country. Zionists have no honor and no humanity.

Common core for example which is getting so much flak for being very bizarre was largely made by 3 people, all of whom are Jewish. Zionist are first and foremost JEWS – and the nastiest ones at that. There are a lot of asshole white people, like most of the treasonous American politicians in Washington DC who are also Zionists, but these are little pricks and cunts whom the Jews sneer at behind their backs. They are witless or deliberately evil little tools of the Jews.Zionism is just the bridge between the Jews and the Scofieldite heretics.

I don’t know why it is that you can always find a Jew where ever there are problems but it is so. They did 9/11 they killed millions in the Arab world by sending their lapdog America to the region. And now they are enslaving the American population and surrounding it by militarized police. They will probably crash the economy like they did in 2008 but this time much worse, and they want to be prepared.

We are heading toward a one world government of pure evil and the Jews are at the forefront of it. Sure not all Jews are part of this problem, but so many of them are that there is almost no need to distinguish. Each time something bad is said about them they flock to defend it with lies if they have to. 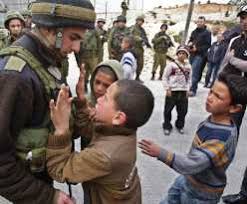 The unfortunate thing is that the Jews suffered the most persecution from the Europeans. The Muslims actually considered Christians and Jews as ‘brothers of the book’ for quite a while till the Crusades and western white imperialism from colonial times to the present.

I can understand Jewish insecurity in the face of all their sufferings at the hands of the white man. But why is it that to make reparations, the white man carved out the land of the arabs and gave it to them? Why not carve out a bit of germany, or the UK, or California and give it to them? 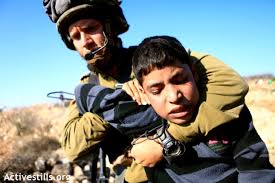 But now, with the siege mentality, not without good cause, they huddle together and in a way practice what their oppressors practiced by subjugating and excluding all difference. In that, they are one of the best legacies of the Nazis. What irony! And in their desire to create a buffer between themselves and potential opposition, they move outwards to control the media, politics, and finances through america and the west. And the west doesn’t have a problem with it because they benefit from it as well. Hence, given evidence, what we are seeing is a Judaeo-Euro coalition dominating much of the rest of the world except south east Asia – where the Chinese fascists control, and Eastern Europe which is still trying to find a way to stand against the imperialist west. 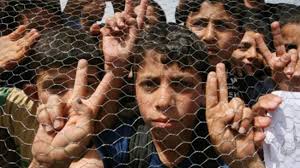 I support Palestine as a land for both the Jews and Palestinians. Form a coalition government and learn to live together. Unless their version of ‘God’ is a fascist prick that is. I’ve written on that in response to a Zionist writer on the British ‘The Guardian’ paper online, but my comment was deleted.

But the white lords of the west want ‘Israel’ to remain so that they can subjugate the power of the middle east by ensuring none of them are able to militarise and stand up against the megalomanical american and their european lapdogs, and thus control their oil, as well as ensuring that the middle east will never be united enough to tell the west to bugger off when they want their own way. So ‘Israel’ has become quite the western colonial outpost and watchtower.

The world will slide into a war like the earth has never seen and it will all have been pushed by them. Then their “messiah” will come in Israel and he will unite the world, however he will not be the messiah he will be the antichrist thats when the one world government will be created, one currency everything electronically controlled.

If you think what we are seeing now is bad you have no idea whats coming.The only chance for the human race to survive is to rid itself of these traditional terrorists .

Their history is resplendent with unmatched deeds of their terrorism upon human beings & the planet as a whole.

Editor’s Note: Younus Sk has collected the video and comments from youtube ! These definitely doesn’t bear the view of Publication.