Pune(Team iamin): FTII students have called off their relay hunger strike, although the strike in the elite institution will continue. Students are protesting the appointment of Gajendra Chauhan as chief of FTII.

The agitating FTII students on Saturday had said they would withdraw their hunger strike to pave way for a dialogue with the government if the I&B Ministry confirm a date for talks to resolve their demands including removal of actor Gajendra Chauhan from the institute’s chairmanship. Joint Secretary of I&B Ministry has now replied to the letter sent by students. A meeting has been fixed on 29th September at Films division, Mumbai. The three students have called off their hunger strike, out of which Himanshu had completed 400 hours of his strike. 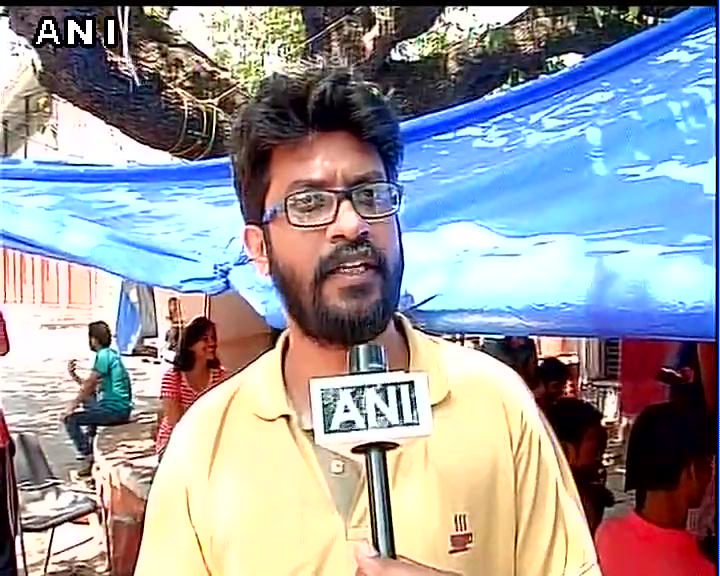 Strike will continue,but we are calling off hunger strike after I&B ministry sent letter-Vikas Urs,FTII student

The FTII students’ Association (FSA) leader Vikas Urs said on Saturday, “We have responded to the Ministry’s letter dated September 24, in which it requested us to withdraw (107 day) strike and hunger strike (17 day) to create a conducive environment for a dialogue. We have offered to withdraw our ongoing hunger strike if the government confirms a date and venue for the proposed meeting.” He said the FSA had always kept the channels of communication with the government open and expressed its willingness to have a dialogue to resolve the issues raised by them, including setting up of a transparent mechanism for appointments on the Film and Television Institute of India (FTII) governing body.

The students had been on a relay hunger strike in batches of three as part of intensification of their agitation.